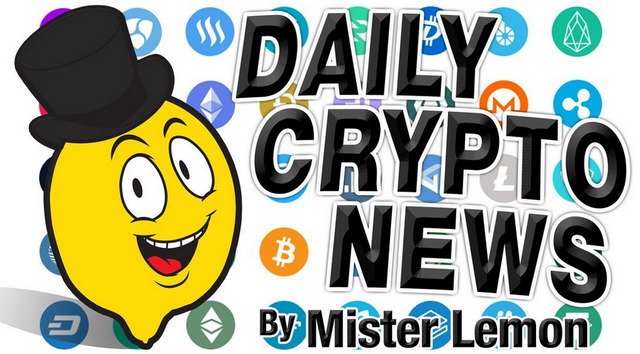 Bitcoin jumped to a five-week high of $4,100 earlier today, reinforcing the bullish view put forward by the recent bounce from the crucial 30-day moving average support.

That, coupled with the flag breakout on the 4-hour chart, indicates scope for a re-test of $4,190 (February high).

The short-term bullish case would weaken if prices fail to close today above $4,055 (March 21 high).

On the downside, a bearish reversal would be confirmed if and when prices find acceptance below the 30-day moving average, currently at $3,900.

Additionally, bitcoin’s 200-candle moving average (MA) on the three-day chart – a lagging indicator – is flatlined for the first time since early 2015. If history is any guide, then BTC could oscillate in the recent trading range of $3,100–$4,300 in the next few months before breaking into a bull market once the 200-candle MA begins trending south.

The first ETF proposal, filed by Bitwise Asset Management with NYSE Arca, was published in the Federal Register on Feb. 15, kicking off the first 45-day clock for an initial decision on the filing. Overall, the SEC has 240 days to approve or reject any ETF proposal. Today’s decision means the SEC now has another 45 to consider the proposal.

Since staking requires some funds to be kept online, Coinbase will put up its own coins, assuming the risk.

After deducting Coinbase’s fee, clients can expect to earn about 6.6 percent annually, the firm says.

Today, March 30, crypto exchange Bithumb posted on Twitter that their cryptocurrency withdrawals and deposits have temporarily been paused.

In an explanation linked to the tweet, the exchange writes that at 10:15 (time zone unknown) on the 29th, they detected what they describe as abnormal withdrawals through their monitoring system.

The Ethereum network is  losing ground as developers switch to other projects, various experts told Bloomberg on March 28.

Ethereum, which debuted in 2015, initially provided a platform on which developers could build decentralized apps (DApps), conduct initial coin offerings (ICOs) and write smart contracts. Many saw it as being the successor to Bitcoin (BTC).

According to Bloomberg, developers are now opting for other platforms like EOS and Stellar. In January, only 28 percent of DApps users were on the Ethereum network, while the EOS network saw 48 percent and Tron accounted for 24 percent.

India’s impending general election could affect the government’s process of regulating the crypto industry. A local lawyer has explained to news.Bitcoin.com how the election can impact regulations. According to the Indian Election Commission’s code of conduct rules, no new law can be passed during the election.

India’s general election is approaching with the voting due to take place in seven phases between April 11 and May 19. The results will be announced on May 23. Explaining how the election could have an impact on crypto regulation in India, Varun Sethi, founder of Blockchain Lawyer, told news.Bitcoin.com Saturday:

Product 3 of DarkWeb Ecosystem info and details released by the end of March.

“We are looking forward to launching the governance platform live on the Ethereum Mainnet on March 30 2019.”

Today, even with the new UP of the BTC, we didn’t do any important move. We have very little candles and we are staying just between these 2 lines. So it looks like the STEEM is triggered by something else than the BTC for the up. Let’ see the coming days, I already saw in the past that we are not always fully synchronized with the BTC.

Posted from my blog with

Bearish Divergence on LITECOIN and BINANCE?