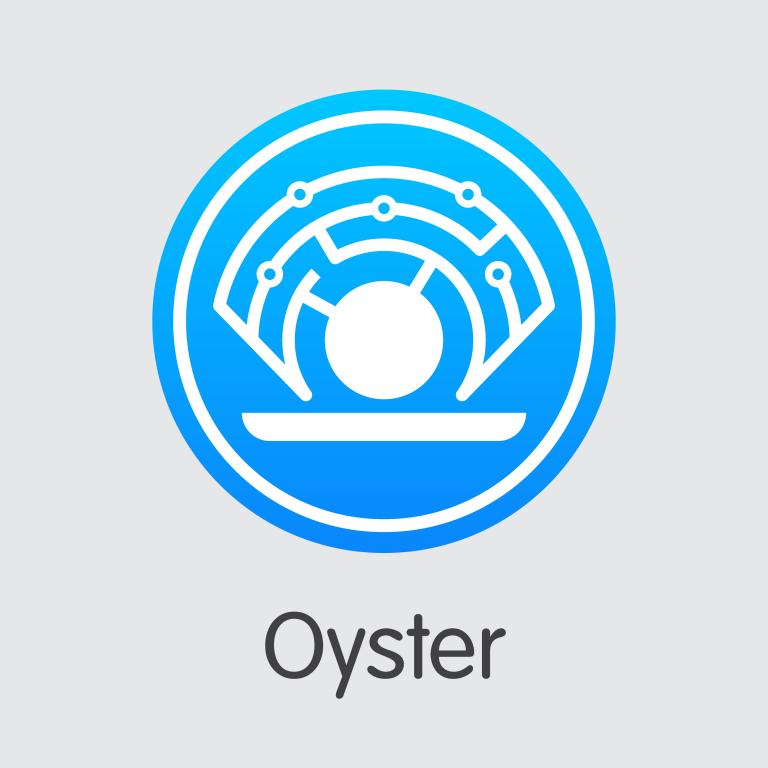 It’s probably been a while, hasn’t it?

That’s no doubt because the Oyster project effectively died when their evil project founder, Bruno Block, turned it into an exit scam by minting literally millions of illegal tokens and then quickly selling them.

For those unfamiliar with Oyster:

Oyster Protocol  was a project designed to get rid of adverts on webpages. In recent times we have seen may viruses hijack a little bit of CPU time of visitors to web pages. A visitor to a web page unwittingly becomes a crypto miner by having a small script turn their computer into a mining rig while they are visiting the page. Obviously the amount of crypto that can be mined this way is very little, but an infected page which gets many hits could harness sizeable amounts of hashpower in this manner – hashpower which would mine crypto for whomever placed the mining code on the webpage.

Oyster sought to do the same thing – only in a legal and transparent manner. Visitors to webpages containing Oyster code would be given a choice: see adverts or mine a little crypto. In this case, any crypto mined would go to the wallet of the webpage owner. The crypto being mined was called Oyster Pearl (PRL) – which the page owners could later trade on exchanges which supported it. It’s not strictly relevant to this post, but there was also a utility token called Oyster Shell (SHL).

Oyster Protocol was a great idea. I was looking forward to visiting websites and opting into a little mining instead of seeing adverts! I considered that a mutually beneficial and fair trade and I thought the project would succeed. I did buy some PRL myself (and later got SHL airdropped to me too).

Then Bruno executed his exit scam and wrecked the whole project. It was one of the most blatantly selfish moves I have ever seen in crypto. I read the discussion thread between him and the CEO William Cordes (who is a good guy) and it was clear that Bruno had absolutely no remorse and was thinking only of himself. It was sickening to read – he is a disgusting excuse for a human being.

It’s at this point that things get interesting and take a turn for the better:

Bruno Block was never caught. The search for him continues, since his name is a pseudonym and even William Cordes never knew his real identity. Interestingly, Bruno once said that he will carry on alone with Oyster and will create his own product for it. I checked last month, he actually has built something, though it’s debatable that it’s anything more than a scammy front-end for nothing – nobody would use anything that he builds anyway. You can take a look at what people think of Bruno’s latest scammy endeavour here: https://www.reddit.com/r/Oyster/comments/an2zpq/apparently_brunos_making_progress/

This post isn’t really about Oyster Protocol at all, it’s about Opacity. I have mentioned Opacity before, but the project has made great strides lately and I think it’s time that people started to hear about what it is now.

After the Bruno exit scam, William Cordes pleaded with him to come back and make things right. When that didn’t happen, Oyster was reduced to nothing as its price dropped from several dollars per token to near zero. Liquidity died and it was delisted. But William didn’t give up. He decided to push ahead with what he had and to create a new project. From the ashes of Oyster Protocol rose Opacity.

Opacity (OPQ) is an Ethereum-based cryptocurrency. It was airdropped on a 1:1 basis to Oyster Pearl holders. Unlike Oyster, Opacity is not a website-based crypto mining project, instead it is focussed on decentralised storage.

Opacity is a cloud storage facility which uses zero-knowledge principles to ensure safe, anonymous storage. So it’s basically like a Google Drive, Dropbox or Microsoft OneDrive system – only better. Files are stored encrypted and only you, the user, are able to decrypt them (though I believe you can also choose to share access to specific files if you wish). In addition to that, zero-knowledge storage means that Opacity don’t even know who you are. This is in stark contrast to something like Google Drive where information on your cloud drive is accessed by Google for purposes such as targeted advertising (you did know that, right?) and where your identity is known to the storage provider.

I’m writing this today because Opacity is launching this month. I thought the full launch was on 1 May, but I believe that was just the pre-launch (for open testing etc), however the full Opacity version 1.0 should be operational and available by the end of the month.

I’m not a big user of cloud services, current offerings are either too expensive or not secure enough for me to use regularly. But even I am considering using Opacity. I am very pleasantly surprised by their pricing. Take a look at this:

Most readers would have no idea what 1 OPQ is worth, so here you go:

That’s right. 75 cents (US) per year buys you 1 TB of secure online storage. If 100 GB is enough for you (as it probably is for me), then the price drops to less that 8 US cents per year! (At current prices). Where would you find a better deal? Opacity themselves drew up a little comparison table:

I haven’t verified their information, but even if it is out by a factor of 10, their competition have serious cause for concern! Note that the yearly cost in the table above is cheaper than what I calculated. This is because the table was created using March data. The price of OPC has shot up since them, most noticeably toward 1 May when the product went live. Since then the price has dropped substantially (as with any typical crypto hype/post-hype cycle) which is why you see the big red figures next to the CoinMarketCap prices (that and the fact that BTC is killing altcoins today).

My take-away message for today is that Oyster Pearl might be dead, but Opacity is very much alive, looking good and completely untainted by the evil Bruno Block (a man who features on my distinguished “I’ll punch him if I ever meet him” list). Chances are I’m going to use it, at that price I literally have enough OPC to last me a lifetime!

All of this makes OPC worthy of consideration as an investment. Market cap is only $4.2 M and 87 824 395 of the total 130 000 000 coins are already in circulation. Opacity can be purchased on KuCoin – my referral link is in my signature. It’s not risk free, but then which investment is? With a solid use case and good ROI potential, I may be tempted into buying more myself.

The Sunday Crypto Recap – Down the Rabbit Hole 68