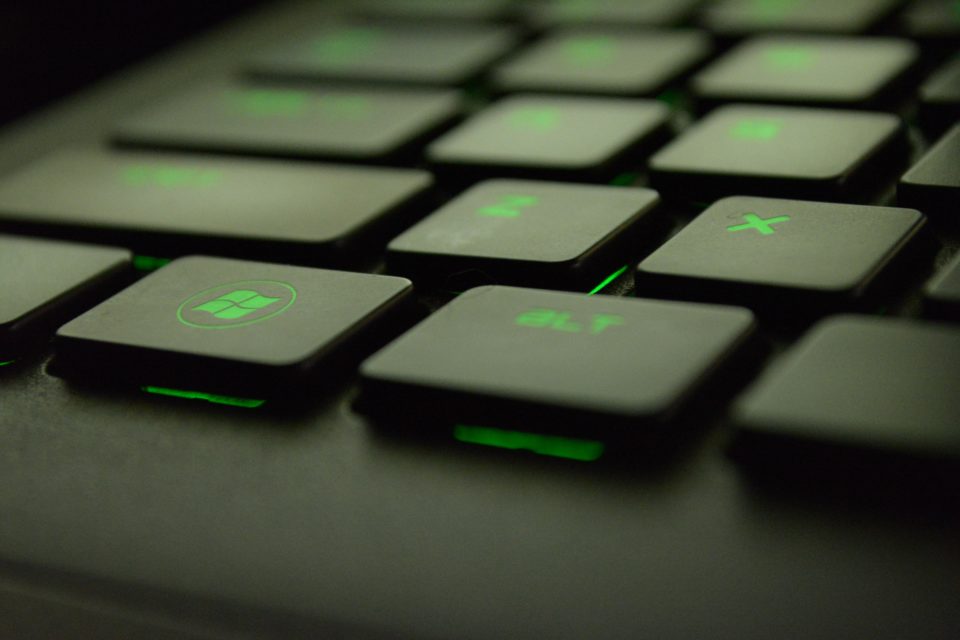 Technology, like art, is a soaring exercise of the human imagination.

Welcome to the inaugural post of this blockchain gaming series. The purpose of this new series is to highlight the numerous potential applications of blockchain to gaming. I’ve chosen gaming, in particular, because I believe that this more than any other area of blockchain will lead to broad and substantial mainstream adoption of crypto and it will happen from the kids up. Even if you have no interest in gaming, if you are invested in crypto or considering doing so, an awareness of this segment of the crypto space will likely pay substantial dividends.

First, let me offer a bit of background on my own gaming history. I count myself 1st gen when it comes to home gaming. As a young kid, my parents bought me the first-generation Atari console which at the time came bundled with Pong. A literal two sticks hit the white dot ball game I loved from the first moment I booted it up. From that point, a lifelong love and engagement with gaming was spawned. Over the decades I’ve spent countless hours on hundreds of games. RPG’s, FPS, MMO’s all the acronyms, genres, and niches. I’ve explored my way through Gordon Freeman’s alien-infested adventures and sat bolt upright trying to conquer the Three Kingdom’s for 20-hour stretches. I’ve pvp’ed my way to Field Marshal on WOW when it took a year or more of focus and endless hours of play to do so. In short, I have lived a gamer’s life, at times to my cost but always with a sense of awe and adventure.

In recent years, work and family life have drawn me away from gaming. Though I still found time to plow through a game here or there. In the last couple of years, crypto has supplanted my gaming. I follow game releases and watch a number of YouTube/Twitch game channels from time to time but I just don’t seem ‘to game’ anymore. However, in recent weeks the itch has started to return and it’s been prompted by a realization of the numerous and fundamental changes blockchain will bring to the gaming experience.

Let’s set the scene. One hundred folks queue for a Battle Royale game. They fight it out as they always do and one emerges victorious. However, instead of digital cash / or a skin or loot box – they are awarded a blockchain generated item – a Non-Fungible Token (NFT) that they may hold or sell as they wish. The parameters of the item are a reflection of the net rank of the 100 participants. Beat a bunch of noobs – low powered item. Defeat top tier competition – a whole different league of item is generated. Now scale out – a Battle Royale with 500 competitors. Or a pro-league reward. Items of epic power and prestige to be won, boasted about and sold.

A typical objection is that the market will soon collapse with a flood of NFT generated items. Well, it might, but such items can be coded to have a limited duration or limited use or restrictions of application (can only be used in a game where the power level of your opponents matches your won – otherwise inert).

Some pundits argue that such integration will never happen, they will never surrender control of their digital assets to gamers’. Wrong and wrong. It will happen, it’s only a matter of time and vision/need opportunity. A gaming goliath will see the opportunity blockchain affords. They will weigh the cost of implementation of blockchain and for whatever reason (fading sales, new dev. team with blockchain experience, a moment of vision etc. ) they will ‘give it a go’. Perhaps they will fail but at some point, a company and soon after an alliance of corporations will integrate blockchain into their business models. The ones that get it right will become stock market titans. Why such confidence? Well, it stems from the known traits of gamers – we strive, we are competitive, but we also crave reward – a badge, a title, a skin; in the past that may have been sufficient but in coming years, no more. The blockchain NFT genie is out of the bottle and we want some of it.

Once it becomes common knowledge that its possible to take some portion of your efforts from one game to the next – gamers will demand this functionality and in all likelihood be happy to pay for it. A whole new world of monetisation lies before game developers. Sure, they may have to give a little in terms of control but they may reap the reward of a greatly expanded gamer base, clamouring for the opportunity to speculate on game items and achievements. The potential upside is enormous. Gamers may well gain a head-start in new games but they are also very likely to embrace NFT loot boxes and (to-date, generally unpopular) in-game transactions, especially if those transactions hold out the promise of continued utility across games.

Massively multiplayer online games (MMO’s)already have vibrant secondary markets where items and characters are traded for large amounts of real-world cash. Imagine the NFT market if a popular game such as World of Warcraft (in its heyday) were to implement blockchain items. Then zoom out and imagine the scope of that market if Blizzard itself were to integrate NFT items across all its games, perhaps by allotment of a standardized item power setting allowing accurate classification of items across games. Your epic battleaxe from a dungeon crawler might convert to an equivalently powerful sniper rifle in a first-person shooter. The list of cross game possibilities is limited only by our imagination (and for now, tech constraints).

Of course, from the ground up AAA blockchain games are probably years away. However, surface implementations of blockchain to current generation games may start making their appearance this year. In this iteration, blockchain would serve as an overlay or addition to a traditional game. To return to the Battle Royale example. The blockchain component of the game would only arise in online competitive games with a smart contract being initiated at the start (to track players and their levels) and end of the match (to record the winner and the reward). Widespread, in-depth implementation of blockchain in a AAA game is probably 3 or more years away but its coming….

As always, looking forward to your comments and critiques. Part 2 coming very soon.

Bitcoin Analysis: “Who Would Buy That Chart”