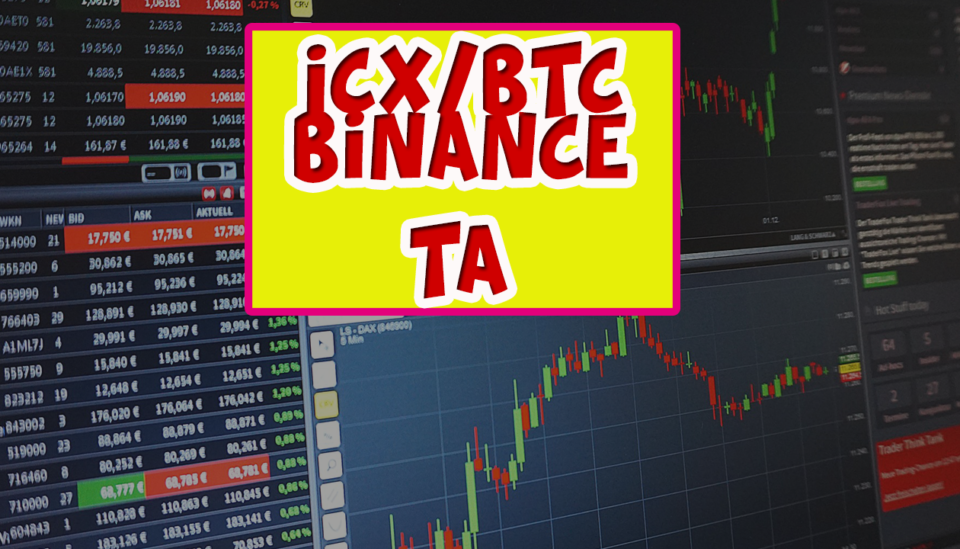 ICX seen from the 4H temporary we can see an accumulation range, the current movement of candles seems to show a sign of a brief retreat, if the price manages to stay above the support of the low range located at 460, we should see a strong bullish impulse above the high range, I have signaled the ITZ point in the price range of 479 – 588, this ITZ point would be our first take profit in the short term.

ICX seen from the 1D temporary we can see a pattern of bullish candles known as three white soldiers, here in this temporary I have marked a second take profit located within the price range of 671 – 687.

ICX seen from the temporality of 1W we can see how the current consolidation has found support in the diagonal drop that has been working as an S / R FLIP along the downward movement. I have also drawn two supports in curve, the first support as we see was broken during the month of April, however, now we could see a pullback towards the support in curve coinciding with the resistance in horizontal located in the 736, if it manages to recover this support it would not be a problem to reach our second take profit located in the 994.

ICX seen from the temporality of 3D we can observe a setup of ascending triangle, the current candle after touching the support to found important demand as we have seen in lower temporalities, the resistance of the figure is located in the 504.

As fundamental we have three quite interesting close events that could be the reason for the increase in the daily volume entry during the last 15 days.

In conclusion, ICX currently looks bullish, seems to be in excellent timing of purchase, the chart in 4H is in the final stage of accumulation, in 1W we have ever higher lows and finally in 3D we have an upward triangle, all this leads me to conclude that ICX will have a strong bullish movement very soon, yet we must be attentive to what happens within the range in 4H and 3D setup to avoid possible invalidations.

Abercrombie And Fitch…Tanks After Earnings

Cyrpto Rally Cries While Lead Dog Yet to Break Out