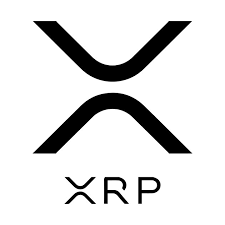 The recent resurgence in the bitcoin price, which has soared more than 200% so far this year, and pushed up the wider cryptocurrency market including Ripple’s XRP, has triggered some fence-mending between the two camps with the Ripple chief executive Brad Garlinghouse making a “turnaround” on bitcoin and declaring he is “long” on bitcoin.

“I don’t think that there will be one crypto to rule them all,” Garlinghouse said, speaking at the Fortune Brainstorm Finance 2019 conference. “I own bitcoin and am long bitcoin.”

Bitcoin has risen over 200% since the start of 2019 after losing some 80% of its value last year as the likes of Facebook and other Silicon Valley giants eye cryptocurrencies, taken by many as proof of bitcoin and XRP’s potential.

XRP has meanwhile added some 30% to its price so far this year after outperforming bitcoin and many other major cryptocurrencies last year thanks to some adoption of Ripple’s products from the world’s biggest banks.

I don’t own XRP any longer, but XRP will always be dear to my heart as it was introduction to the Crypto space when introduced to me by a co-worker. After rising 30% YTD is there more room to the upside, lets go to the charts.

After consolidating for almost eight months, price broke out and has been forming higher lows on the weekly chart. The chart suggest price has room to move to the daily supply at $0.82, with a first target at $0.60.

Binance Coin May Be The Most Technically Sound Price Action There Is Right Now!

Is Bitcoin Preparing for a Breakout?

The Sunday Recap – Down the Rabbit Hole 20