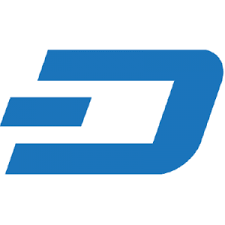 Dash is based on the Bitcoin software, but faster, more secure and more private than Bitcoin.  Those 1st generation blockchains that don’t get upgrades, will certain be left in the dust by the 2nd, 3rd and 4th generation blockchains.  For example, on Dash when sending funds, one can select the “Use InstantX” box and their transactions will be done in less than 4 seconds.

It’s a proud day for Evan Duffield.   Evan is the creator of Dash.  But I’m not shocked one bit.  At the age of 15 Evan began programming computers.  In 2013, Evan began following Andreas Antonopoulos and a few other prominent Bitcoin figures.  Within those forums one of the themes of discussion was Bitcoin’s network stability and transaction speed.  That’ when Evan launched XCoin aka Darkcoin aka Dash.Today, Dash received another validation of its place in the crypto world.   Coinbase announced Dash was going to be listed and is the first one beign listed from a review of eight cryptocurrencies from earlier last month.

Most notably, Dash deposits to the platform are accepted after only two blockchain confirmations, significantly fewer than what the platform requires of other competing cryptocurrencies. This is likely due to the recent activation of ChainLocks, a method to protect the network against 51% attacks.

This acceptance of Dash after only two confirmations means that Dash deposits are considered as secure by the platform far faster than Bitcoin. Coinbase currently requires six confirmations for a Bitcoin transaction to be considered as confirmed, which under the network’s 10-minute block time interval consists of about a 60-minute delay, possibly more during times of significant network congestion. Dash has a 2.5-minute block interval, meaning for a Dash transaction to be considered confirmed Coinbase requires roughly a five-minute wait. Put head-to-head, this means a Dash deposit will be confirmed over 12 times faster than a Bitcoin transaction.

I have to hand it to Evan, he saw a problem with Bitcoin, and came up with a great solution.  So where is Dash’s price headed next? The chart suggests price can move up to the daily supply at $123.

But it must get through this short term resistance/support band between $95 and $100.

It sure feels like the Denial Rally but Tether/Bitfinex could be 2019’s Mt.Gox