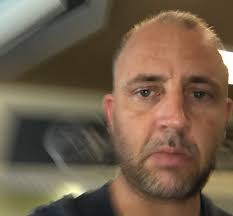 Warren Buffet’s rules for investing are: Rule No. 1: Never lose money. Rule No. 2: Never forget rule No. 1.  But that’s not reality.  So if you aren’t Warren Buffet, the #1 rule when investing is to never invest money that you can’t afford to lose.  Quite simply all investments involve some degree of risk.  And that’s why you shouldn’t bet the house on it.  However, this is opposite of what Don Conway did.

Don was a 45-year-old middle manager at a major multi-media company in San Francisco, who earned $150k per year, what hated Corporate America.  In mid-2015 Don stumbled upon an article about Bitcoin where it read Bitcoin fell from 2013 at a price of $1200 to $300.  Don’s mind started racing and the more he read, the more he wanted in, but it wasn’t Bitcoin, it was Ethereum.

Undeterred, Conway doubled down by tapping into his home equity line. He borrowed another $200,000 and ended up with a total of 26,750 ETH at an average cost of $11.21 each. This had all the makings of serious disaster, but, no, the investing gods had other plans.

It didn’t stop there. In January 2018, Ethereum topped $1,000.  He got the urge to sell, and sell he did. It was a market timer’s dream, as he sold most of his Ethereum position for a cool $10 million. Soon after he cashed out with his fortune, digital currencies were absolutely clobbered and still haven’t recovered. Ethereum is currently trading at under $200.  Meanwhile, Conway paid off his mortgage, took a dream trip to Africa and bought a second home in Ireland. He still has seven-figures sitting in his bank.

Now if Don was to do this same thing 100 times, he would end up in the poor house 99 out of 100 times because the odds were against him in every way possible. But lucky for him, he got that 1 time out of 100 right.

Oh and what about Ethereum, the chart suggests a fall below the major resistance/support band at $170 and price could retest the weekly demand at $82 or a rise above the band and price could test the daily supply at $274.

BITCOIN: Bullish Divergence at the 4h-chart