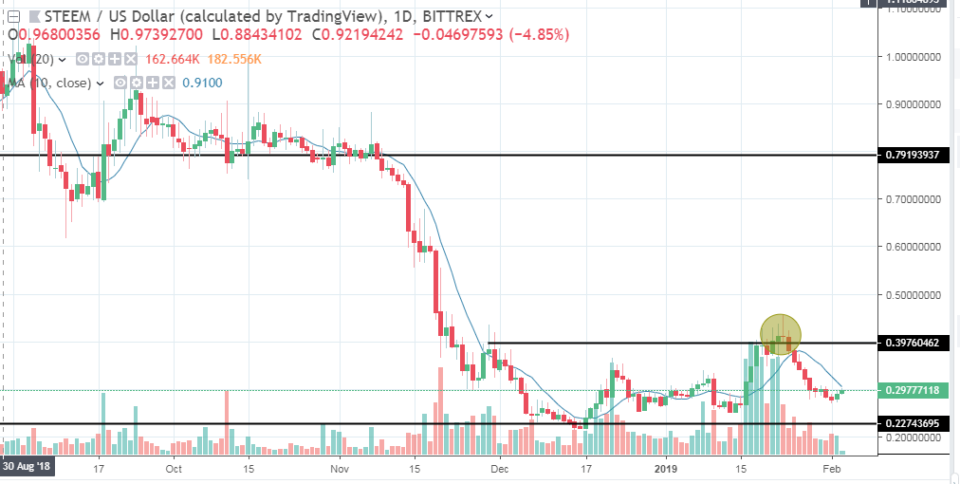 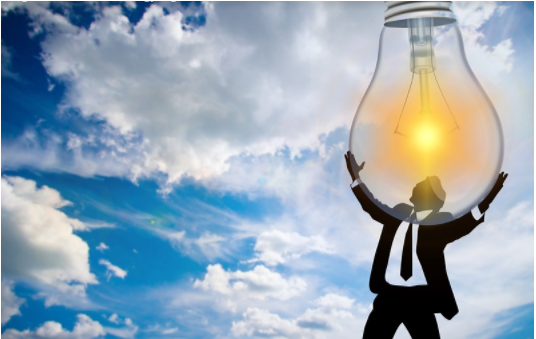 By now means am I saying I think this will happen, but technically the possibility is there.  What exactly is it I’m speaking of….

In order to have an uptrend price needs to make higher highs followed by a higher low and then a higher high.  (say that three times fast). 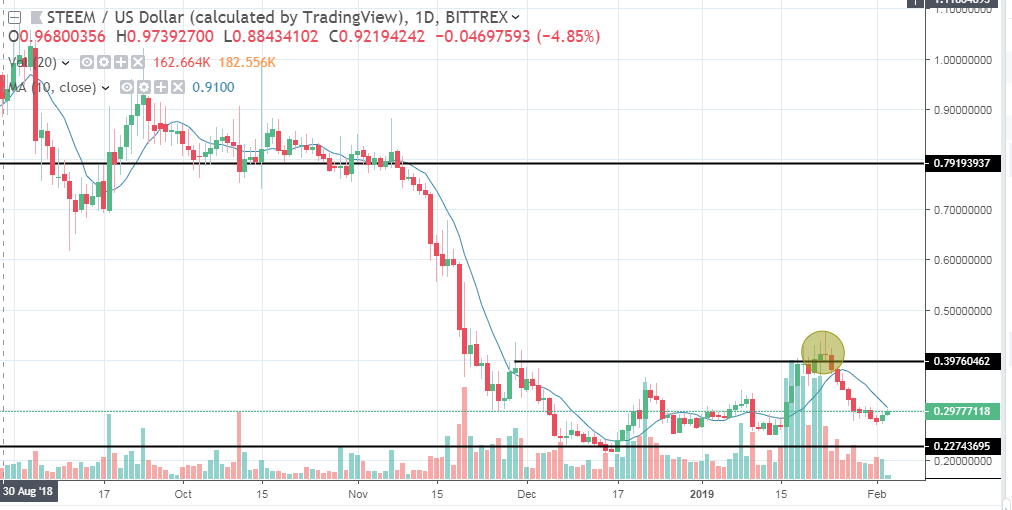 Looking at the daily price chart of steem you see we had our last high (which marked the bearish u-turn I called out) and the subsequent selloff to where we are now.

Price has started to turn a little here and if we see any follow through higher it will mark a lower, a low that is higher than the previous one after we just had a higher that was above its predecessor.

So hypothetically, if this new low that is starting to carve out were to in fact push higher toward that 40 cent level then we would have a shot at taking out that last higher and have the beginnings of an uptrend.

It sort of sounds like a reach with all that explaining, but it really isn’t.

Now do I think it will happen – meh, it will be tough if the rest of the crypto market isn’t showing any life so I won’t hold my breath.  But I sure do hope it happens!

The Sunday Recap – Down the Rabbit Hole 14

CRYPTOMARKET and the STOP LOSSES order