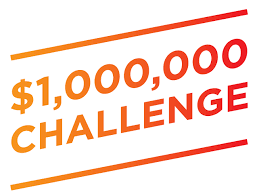 The British pound initially tried to rally a bit during the trading session on Monday but found enough resistance near the 1.22 level to sell off yet again. One thing is for sure, the British pound continues to show signs of weakness as we can’t get some type of agreement between the British politicians to get some type of movement. Ultimately, it looks as if we are coming closer to a “no deal Brexit”, and for anybody who has been following this situation, that should be your default thesis. If that’s going to be the case, we will get a massive “flush lower” in the British pound at one point or another, which could be the antithesis of a “blow off top.” In other words, someday were going to get an opportunity to buy the British pound at such cheap levels that it will be the “trade of the century.” However, we aren’t quite there yet.

When I came across this article, it articulated what I was seeing technically, that I was in awe and needed to share why I didn’t take the trade.

I have been looking at this set-up since late last week.

Multiple time frame analysis which is the process of looking at the same pair and the same price, but on different time frames told me going short the GBP/USD would violate my rules as price is actually siting in monthly demand.

Per my rules, if I’m going to short the GBP/USD, I must first see a break of the monthly demand zone, then a pull back, to potentially take it to parity 1.0000.

The Euro Is In Trouble