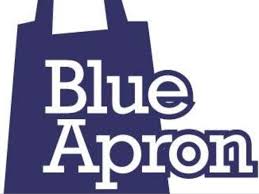 Blue Apron is responsible for pioneering meal kits to the masses and went public in 2017, but they really had no competitive advantage. After Amazon bought Whole Foods, two weeks after Blue Apron went public, Amazon announced it was entering the meal kit business.

Than with the advent of the fast / gourmet delivery service companies, it gave consumer many more options.

Ever since Blue Apron went public the stock has been in a decline and did actually go under the $1 level.  Because they feared being delisted, Blue Apron did a reverse split to artificially inflate their stock price.  Why is this important….

Blue Apron Holdings Inc’s beleaguered stock closed 35% higher on Tuesday after the meal-kit subscription service said it would add Beyond Meat Inc’s plant-based burgers to its menu, betting on a growing market for premium meat alternatives to attract new customers.

Blue Apron said its Signature Two-Serving Plan – a curated meal plan subscription – would include recipes using the Beyond Burger, a four-ounce patty with 20 grams of plant-based protein.

“We know a growing number of customers are interested in plant-based proteins, whether as an alternative to meat, a desire to explore a new ingredient, or an opportunity to make more sustainable food choices,” Blue Apron Chief Executive Linda Kozlowski said in a statement.

Despite the stock surging after the announcement, the chart suggests to fade the rally back down to $1.

The problem with Ardern – Part 1 of 2

Electric Vehicle Sales Up 70% In Europe