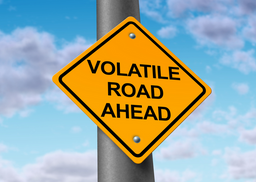 Fed Powell cut central bank cut rates on yesterday for the first time in ten years, due to continued uncertainty and a slowdown in the global markets.  Fed Powell told the Markets not to necessary expect more cuts in the future.  The DOW fell a little over 500 points.

Fed Powell tried to clear things up at the press conference,

“Let me be clear: What I said was it’s not the beginning of a long series of rate cuts,” Powell said. “I didn’t say it’s just one or anything like that. When you think about rate-cutting cycles, they go on for a long time and the committee’s not seeing that. Not seeing us in that place. You would do that if you saw real economic weakness and you thought that the federal funds rate needed to be cut a lot. That’s not what we’re seeing.”

but the damage was already done.  I trade the futures market and missed the opportunity to ride on the backs of the Smart Money when price pulled back into a daily demand zone.

The Markets took off at the opening bell, the next thing I know the DOW was up almost 300 points.  Then Trump did, what Trump does,

And the DOW reversed ending the day down almost 300 points, a 500 point reversal and busting through the daily demand zone in the process.

So what’s the lesson of this post…win, lose or draw, trade your plan, plan your trade.

We need to shift the healthcare focus to preventative

The show starts in approx. 1 hour! 🎥 Dubbed as 'The Greatest @EverythingEOSio Episode', this has got the whole #EOS community excited! You probably don't want to miss this one. 😀 #blockchain https://m.youtube.com/watch?feature=youtu.be&v=xSQGmb4tC9U