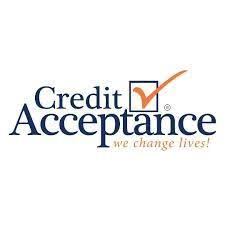 Santander Consumer Is Setting Up For A Short Position

Santander Consumer is one of the largest subprime auto lenders in the market. Delinquencies for auto loans in general, including both prime and subprime, have reached their highest levels this year since 2011.

Credit Acceptance Corporation provides financing programs, and related products and services to independent and franchised automobile dealers in the United States. The company advances money to dealers in exchange for the right to service the underlying consumer loans; and buys the consumer loans from the dealers and keeps various amounts collected from the consumers.

Don Foss is known as the pioneer of the subprime auto loan market.  Back in the days, General Motors and Ford would only lend money to folks with good credit.  So Don started selling cars on credit to people with shaky finances.  Don was charging customers crazy high interest rates and could because nobody else was issuing loans to this particular population with bad credit. So in 1972, Foss founded Credit Acceptance (CACC) to handle financing and debt collection for his used car business. Today, CACC is a major player in the U.S. subprime auto loan market and its market cap is a little under $8 billion.

Credit Acceptance Corporation’s CACC third-quarter 2019 earnings of $8.73 per share missed the Zacks Consensus Estimate of $9.13. However, the bottom line was up 12.6% year over year.

Credit Acceptance is well poised for growth in revenues, given the continued rise in consumer loans. However, persistently increasing expenses and deteriorating asset quality are near-term concerns.

At the moment, there is a nice band of support/resistance at the $450 level.

However, because this band of support/resistance was breached last month, the chart suggests to short price at the weekly supply at $460.

Is Amazon the undoing of Tesco? Or is Tesco doing an Amazon?

Dick’s Sporting Goods, Another Retailer That Going To Bit The Dust – Part II

The U.S. Stock Market Had One Hell of a Ride