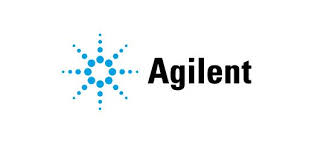 Trading is nothing but a numbers game…you hope your loses are smaller and hope your winners are much larger than your loses.  Take the billionaire, Bill Ackman of Pershing Square.  The hedge fund’s returns fell 4% in 2017, dropped 13.5% in 2016 and declined 20.5% in 2015, but lets look at some of his recent winners.

A year ago, billionaire, Bill took a $1 billion size position in home improvement Lowe’s because he thought there were opportunities to improve its supply chain to serve customers better and enhance the customer experience through strategic brands and differentiated in-store experiences.  I personally thought Bill was going to take another lost, but boy was I wrong. Bill got in the stock in May of 2018 and thus far that $1 billion is now worth $1.3 billion, a nice paper profit of $300 million thus far.

But Bill’s bigger win was in Chipotle.  Back in 2016, Bill’s Pershing Square bought almost 10% of the shares.  Bill thought Chipotle had a strong brand, differentiated offering, enormous growth opportunity, and was undervalued.

The following year Chipotle hired a new CEO, Brian Niccol.  At Taco Bell, Niccol was known for food menu innovation as well as driving technological advancements to the customer ordering process.  Under Brian’s leadership, digital sales quickly grew as Brian had hoped is that more and more customers will skip other eateries and just order their food at Chipotle.  And then a year later, Brian introduced a loyalty program.

And Chipotle is the gift that keeps on giving as Chipotle made up of 14% of Bill’s hedge fund returns of through mid-2019.

The filing did not say whether the Agilent investment will be active or passive, and Ackman’s spokesman declined to comment. The filing showed that Pershing Square owned 2.9 million shares at the end of September and did not say how big the position is currently. At Monday’s stock price, that stake would be worth $246 million.

The fact that Bill and Warren Buffett own Agilent, something must be up. I really like the monthly demand near $60, but something tells me price isn’t going to get there anytime soon.

But there is also a great level at the weekly demand at $70 to go long as well.

Microsoft is fighting Amazon on its home turf: Retail!