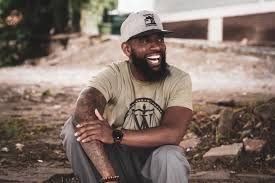 Leon Howard aka “The Wallstreet Trapper” was born and raised in New Orleans. At the age of 9 he saw his mother get shot right before his eyes.  At the age of 16, he went to prison for 10 years for attempted murder and armed robbery.  But it was in jail that he met a white who told him black people are playing the wrong game.  You see the white guy was in jail for embezzling millions of dollars from his job.  But what he told Leon is wealthy people don’t trade time for money.  Think about that for a second, wealthy people don’t trade time for money.  Another way of saying this, in the famous words of Warren Buffett, “if you don’t find a way to make money while you sleep, you will work until you die.”

It was during this conversation that the white guy told Leon about the stock market.  And for the rest of his time in jail, he read every book he could about the stock market, how banks work, etc.  And before the other prisoners would get up to watch TV, he would get up before them and turn the channel to CNBC.  And then a fellow prisoner, who read the USA Today, would give Leon the financial section every day.

The slang word trap has numerous definitions, but is mostly used to refer to any place where drugs are being exchanged. A trap can be anywhere, it can be an open spot where cops don’t frequent or a house which dealers typically refer to as a trap house.

Leon defines “Trap” as “a state or condition of a people being financially trapped, unable to find the path to financial freedom no matter how many jobs or side hustles worked.”

And so when he got out of jail his mission and targeted market was the people he knew on the streets because he knew the game they were playing and wanted to expose them to a different game. Leon committed to showing Black America a very different hustle, moving “From The Trap To Wall Street” one stock share at a time.

He’s a smart dude, because he is conquering Wall Street, but because he knows how to break down the financial literacy in a language that’s digestible.  He tells people, you may possess the clothes on your back or the call you drive, but you don’t really own it because you don’t have any stake in the company.  Do you remember how I talked about wealthy people don’t trade time for money.  Leon is very big on that.   So I want to salute Leo by sharing with you an article I read on Motley Fool about 3 stocks that pay dividends every months.

Pembina Pipeline (NYSE:PBA) currently pays its shareholders a dividend yield of just over 5% per year. While the Canadian company may offer some volatility for U.S. investors, given that its payouts are in Canadian dollars, it’s still one of the better dividend stocks in the oil and gas industry.

Strong free cash flow during the year also came in at more than CA$1 billion, although that was still below the CA$1.2 billion paid out in 2018.  Even so, the company has been increasing its dividend payments. Five years ago, the stock was paying CA$0.145 every month; that figure is now up to CA$0.20. That’s a 38% jump, averaging a compound annual growth rate of 6.6%.

Apple Hospitality REIT (NYSE:APLE) operates in a much more stable industry, and its portfolio of 235 hotels gives investors a great opportunity to benefit from the tourism industry. With many upscale rooms in 34 states across the country, Apple Hospitality has a diverse cross-section of properties that includes big names like Hilton and Marriott.

The stock pays investors a dividend yield of 7.3%. Although the company isn’t one that investors have come to expect dividend increases from, with that high of a yield, shareholders would probably be happy if it were to simply remain intact.

LTC Properties (NYSE:LTC) is another REIT that investors in search of cash flow can add to their portfolios. With a focus on healthcare — in particular, senior living facilities providing long-term care, thus the name LTC — LTC has a much safer mix of properties in its portfolio than Apple Hospitality.

Like Pembina, LTC has increased its payouts over the years, although they haven’t been nearly as significant. From monthly payments of $0.17 five years ago, they’ve grown to $0.19 today, for a much more modest increase of 12%, which comes in at a CAGR of just 2.2%.

However, with a solid yield and a payout ratio that’s below 100%, LTC could be a great option for long-term investors.

These are just three of many well run companies that offer dividends on a monthly, quarterly, semi-annual and annual basis  Dividends are really no different than interest earned on bonds…now look at me, now I’m sounding like “The Wallstreet Trapper.”