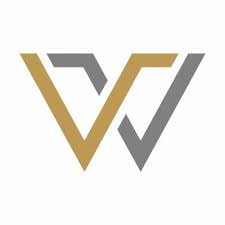 Since breaking out of the long term down trendline in July, Silver has climbed more than 30%, silver has pulled back a bit. However, based on the weekly chart, the chart suggests $16 is the floor in Silver.

Gold prices made their third straight days of gains today and reached a price level not seen since the end of October. However, something isn’t adding up, the equity markets continue to move higher and gold, a safe haven is above $1500 again.

At times, uncorrelated assets become correlated. Gold is rising with the equity markets because of doubt about the US-China phase 1 deal, concerns about President Trump’s recent impeachment by the House and worries about stock market valuations being too rich.

One can’t help but to think the “everything rally” that is engulfing Wall Street right now is a classic asset bubble just waiting to explode sometime in 2020.

“I think so,” AdvisorShares CEO Noah Hamman told Yahoo Finance’s The First Trade, referring to whether we are witnessing a bubble form across asset classes. “It will continue on for a while for as long as we see we have an indication that we could have lower rates ahead possibly though with a pause, but with an increasing Fed balance sheet.”

By “everything rally,” we mean assets of all kinds are in major rally mode almost in unison. It’s as if investors — which are being hyped up on a steady dose of Fed rate cuts in 2019 and the signing of a phase one trade deal between the U.S. and China — are beginning to completely mis-price asset risk amid fear of missing out on rising markets.

We could see Gold price go higher due to seasonality trends. Since 1980, January marks one of the best months for gold, with an average gain during the month of 1.53%, according to Dow Jones Market Data.

Wheaton Precious Metals isn’t just a long term silver play despite being one of the biggest silver streaming businesses in the world. In recent years, Wheaton’s gold sales are surging because it struck more deals with gold miners than with silver producers.

Silver streaming is the term often used when a company makes an agreement with a mining company to purchase all or part of their silver production at a low, fixed, predetermined price to which both parties agree. Thus, Wheaton doesn’t have the associated overhead cost like a mining company.

Wheaton Precious Metals last released its quarterly earnings results on November 14th, 2019. The reported $0.16 earnings per share for the quarter, hitting the consensus estimate of $0.16. The business earned $223.60 million during the quarter, compared to analysts’ expectations of $235.93 million. Its quarterly revenue was up 20.4% on a year-over-year basis.

At the moment price is at weekly supply, which it has tested twice already. Each time price tests a level, the level gets weaker.

Thus, I think price has further to go and my medium term target is $40.

The $TWTR Ripper! Held the line, now off to the races?