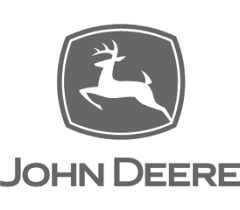 As many people were preparing for the Y2K bug…do you guys remember that?The Y2K bug was a computer flaw, or bug, that may have caused problems when dealing with dates beyond December 31, 1999.  While the people thought the world was going to stop to a halt due to the “millennial bug,” Gates was thinking on a totally different level.  That same year, Gates put $11.5 billion into Cascade Investments, his personal fund and another $6.5 billion into his various philanthropic organizations, including The Bill & Melinda Gates Foundation.

During this same period between 1999 and 2018, Cascade Investments has been buying land all around the US, including14,500-acre deal one of the largest U.S. land sale not only in Washington State in 2018.

America’s richest man says that it is a terrible irony that most of the billion people, 15% of the world population, who live in extreme poverty and must worry about where they will get their next meal are suffering on farms. He says that the world needs to repeat the “Green Revolution” of the 1960s and 1970s, when new farming technologies, including new seed varieties of rice, wheat, and corn, increased the amount of food available and decreased its price.

“The world faces a clear choice,” he writes. “If we invest relatively modest amounts, many more poor farmers will be able to feed their families. If we don’t, one in seven people will continue living needlessly on the edge of starvation.”

Yesterday, Wells Fargo analyst Andrew Casey downgraded  Deere with a price target of $170. But the stock has bee in sideways range since Nov. 2017.

I hate to go against Bill, the chart suggest to short Deere now with a target at weekly demand.

Plant Fitness Is Definitely Not Judging

Data Breaches and Security are the Biggest Headwinds to IoT adoption