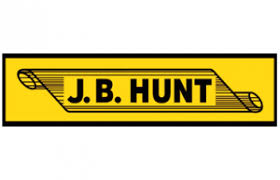 Dow saw its fifth straight gain Tuesday and today will most likely make it a sixth straight day of gain. Quite simply we are in a risk off environment. And I anticipate possible a seventh day of gain tomorrow for the Dow after the European Central Bank cuts interests rate again. But the macro picture can’t be ignored…just look at this chart of the IShares Trust Transportation Avg.

Transportation companies are the engines of the economy, ensuring that producers can get their goods to companies and consumers on demand. However, it’s the trucking sector that is the lifeline of transportation. Think about it, the next time you are on the highway, I can guarantee you if you count the number of 18 wheeler trucks, the number would exceed 10 in less than 30 seconds. Thus, as the trucking sector goes, transportation goes, the stock market goes. However, the latest data continues to support my bearish thesis on the Transports.

In the last twelve months, the biggest single sale by an insider was when the Executive VP & Chief Information Officer, Stuart Scott, sold US$1.0m worth of shares at a price of US$103 per share. But things have picked up recently in the last couple of months.

Corporate officers and members of the board of directors have deeper insight into a company’s operations than any analyst or hedge fund. Quite simply, they are in the top tier when it comes to the Smart Money. When you get this amount of selling from insiders, it usually means one thing, they don’t think the stock is heading higher and want to take profits, before the stock price heads lower.

We are currently in a risk on environment, in which the Equity Markets have been up six days in a roll…which is setting JB Hunt up for a nice short set up. The chart suggest if and when price gets to the weekly supply at $121, to short the stock.

FOMO and Sunk Cost – The Crypto Struggle Is Real