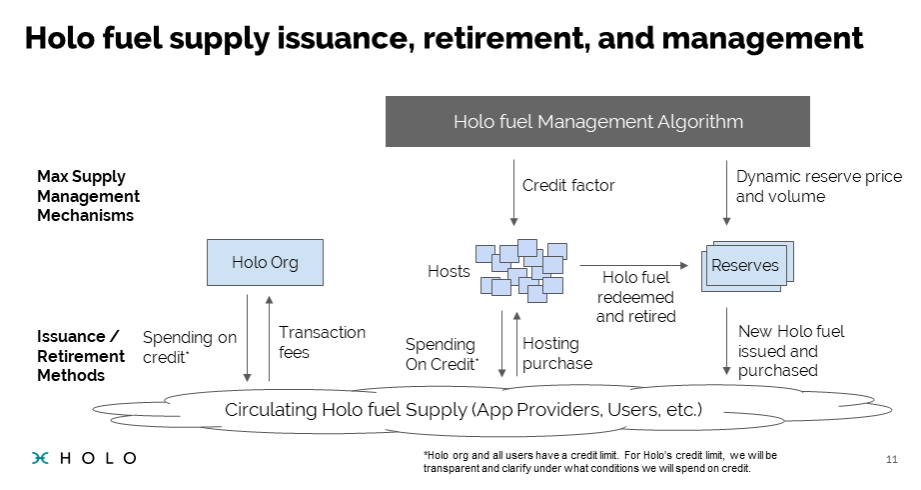 Welcome to Part 3 of my series on Holochain. In case you missed them, you can catch up on Parts 1 & 2 here:

Today we look at Holochain as a business entity before branching out a little into some of the Holochain ecosystem periphery:

Holochain as a business entity

We will analyse the clues available to us about how Holochain is being run from a business perspective. We will also swing around back to Holo and look at token economics. Or crypto-credit economics. Or whatever you want to call them on Holochain.

Github is one of your first stops when analysing a project. The Holochain Github is very busy. This is a great sign. I consider many commits and recent updates to be important when I am analysing a cryptocurrency; it shows the level of interest and activity of the developers. When you arrive on a Github page and the first thing you see is: “Updated 5 minutes ago” then it immediately creates a good first impression. As I looked deeper through the repositories, I saw that if the level of activity on the Holochain Github is anything to go by, then Holochain must have around 900 developers – all of whom are high on Speed! Seriously though: I was suitably impressed by what I found there.

The Holochain ICO was run on the Ethereum blockchain. It opened on 29 March 2018 and ran for a month (the whitelist opened on 9 January 2018). During the ICO an Ethereum token called HoloToken (HOT) was sold to investors.

HOT can be swapped with Holo Fuel at a 1:1 ratio once the Holo Beta Mainnet has been released. This comes after the Full Feature Testnet, which will come after the Open Alpha Testnet, which will come after the Closed Alpha Testnet (Closed Alpha is scheduled for February 2019). The timeframes for the milestones will be published as they become available. The Beta release has been scheduled for some time in 2019.

Timelines of this nature are fairly typical in the cryptocurrency world. As someone who has worked in the opposite sort of environment, I can tell you that I’d rather have a poorly defined timeline than a set of goals which are constantly missed or under-achieved. Having considerable experience in operational planning, I know that timelines can be planned and adhered to in advance if done properly (most people are woefully over-optimistic when planning timelines), so I get annoyed when companies fail to do so. But as most companies either miss deadlines or rush a product to market, I can’t really hold that against Holochain.

Top tip from Bit Brain when doing your own timeline planning at work:

Marketing is an important part of becoming a successful business and many technically good cryptocurrencies neglect it – and pay the price for that neglect. Holochain has a large social media presence – you’re reading a piece of it right now. Their marketing department certainly appears to be doing a fine job. At the bottom of this article you will find links to all sorts of Holochain related social media accounts. I’m sure that there must even be others which I have not listed. Visit them, there is a lot of good information out there. I have followed both Holochain and Holo on Twitter. Holochain has over 23k Twitter followers and Holo has over 18k. Somebody is interested in their project! As a reference, I have 25 Twitter followers. Not 25k, just 25. Not that I’m looking for pity or attention or anything like that. I’m just saying that it would be nice if you followed me. You know, it’s not like I’m accusing you of being heartless or nasty if you don’t. I certainly wouldn’t want to guilt you into following me, because I’m sure you have your reasons for not doing so yet. Tell you what, I’ll just leave this here… https://twitter.com/brain_bit

Looking at the distribution of HOT tokens, I was pleased to see that the holding of tokens does not appear to be overly-centralised. While it is certainly possible to fake this by distributing funds to many different addresses, it is refreshing to see that the largest single holder of HOT holds only 20.556% of the tokens (I assume that this is the company wallet). Better still: the next largest holder holds only 3.41% of all tokens. No other addresses hold more than 3% of the total token supply. Only 13 addresses hold more than 1% of the token supply. Over 20 000 Ethereum addresses hold HOT.  Contrast this with a company such as Ripple which holds almost 60% of the supply. I am of the opinion that when decentralised cryptocurrencies are hoarded by centralised entities, then those currencies are doomed to fail for the same reasons that fiat is failing. If the greedy insist on hoarding the majority of a currency all to themselves, then people won’t want to use that currency and will look at holding an alternative currency instead. Simple.

What isn’t so simple is the detail of Holo fuel token economics.

Not since the STEEM whitepaper have I encountered token economics this complex! (I stilldon’t understand all the complexities of the STEEM economy! Have you ever read that whitepaper?) The Holo fuel token economics model is pretty detailed compared to that of most other cryptocurrencies. Detailed is not necessarily bad, especially since Holochain appears to be particularly good at financial planning. In short: I would describe the Holo fuel token economics model as being “complex but technically sound”. I think that it will do what it has been designed to do. If you want more information about token economics then read: https://medium.com/h-o-l-o/holo-fuel-economics-101-c9631d63014a

Had I not had solid grounding in both cryptocurrencies and economics, then I would probably have struggled to understand the Holo economics model. In diagram form it looks like the picture below. Forget it, I may understand it but there’s no way I’m talking you through it step by step! It’s here for your perusal if you so wish:

I should remark that the system does allow for a form of “debt” under some circumstances. This was not something which I was pleased to learn. But acknowledging that Holochain has a very different vision and modus operandi to what central banks do, I’m happy with this system as long as the debt function is not something which is allowed to develop in scope. That’s how banks start.

Holo transactions will incur a fee of 1% or less. There are some exceptions to this, but that is the general rule. Transaction fees are paid by the “sender”.

If you want to earn Holo fuel instead of purchasing it then you can use the Holochain alternative to PoW or PoS called “Proof of Service”. Proof of Service reminds me of Burst coin’s “Proof of Capacity” system. With Burst coin you make hard drive space available to store data. With Holochain your hardware supports other peoples’ apps which are running on the Holochain. A history of your support is built up and you get compensated for that in Holo fuel.

HoloPorts are standalone hardware devices created for the express purpose of decentralising the internet. Think of a HoloPort as an pre-configured computer dedicated to running Holochain. It works like this:

Communicating through your HoloPort, other people can run Holochain apps on your hardware. For now the Holochain apps list is small but diverse. Naturally you can expect that list to grow with time.

A HoloPort turns you into a host on the HoloChain. You receive compensation for hosting in the form of Holo fuel. As a HoloPort draws about as much electricity as a light bulb (15 – 45W depending on the model) it’s not exactly expensive to run! You don’t have to have a HoloPort to become a host on the Holochain. You can also download and install the software onto non-dedicated hardware devices.

HoloPorts can be purchased using HOT, BTC, ETH, LTC or BCH. Nice move Holochain, it’s good to see crypto supporting crypto, we’re all in the fight against fiat together! (Except of course for Ripple which enjoys “sleeping with the enemy”, though is now being snubbed by said enemy in favour of a sexy young lady named “JP Morgan Coin”?  )

Not done yet, there’s even more:

Junto is a non-profit, open-source social media platform without the creepy Big-Brother type stalkeriness of Facebook or similar platforms. No likes, no friend count – no competitive social prostituting (to call a spade a spade). Your information is your information. No adverts, no commercialised feeds. As for censorship – you know: that thing where grown adults feel the need to condescendingly protect one another from information – it is strongly discouraged.

Starting a social media network from scratch is a tricky one. Honestly: I don’t know if they can do it. I am a firm believer that the establishment of something like this happens organically and is hard to force. That having been said: modern corporate greed has reached unprecedented heights. It’s now at the point of companies failing to consider even their own futures, just so that they can make short-term profits. The love of money is indeed the root of all evil! With this in mind it is entirely possible that people are ready to leave the old platforms (and let them crumble to dust) while they embrace something new and better. I emphasise that this is only my opinion (even if it is almost always right), this is an “if”, not a “when”.  If  this does happen then Junto will no doubt have competition, possibly from equally deserving platforms. Whatever the outcome: Junto is ready to step up and be the new, better social platform that we so desperately need (I’m ready to ditch Facebook! Aren’t you?), and I wish it the best of luck in achieving its goals.

Good news: Junto ran a month long Kickstarter campaign starting January 27th. Earlier this week they reached their $100 000 target with only a day to spare, raising a total of $106 949. Well done Junto!

Don’t miss Part 4, the final exciting wrap up to the series. There’s still a lot more to come:

Google is rolling out shoppable ads to search results on Google Images !

In Case there was Ever Any Doubt