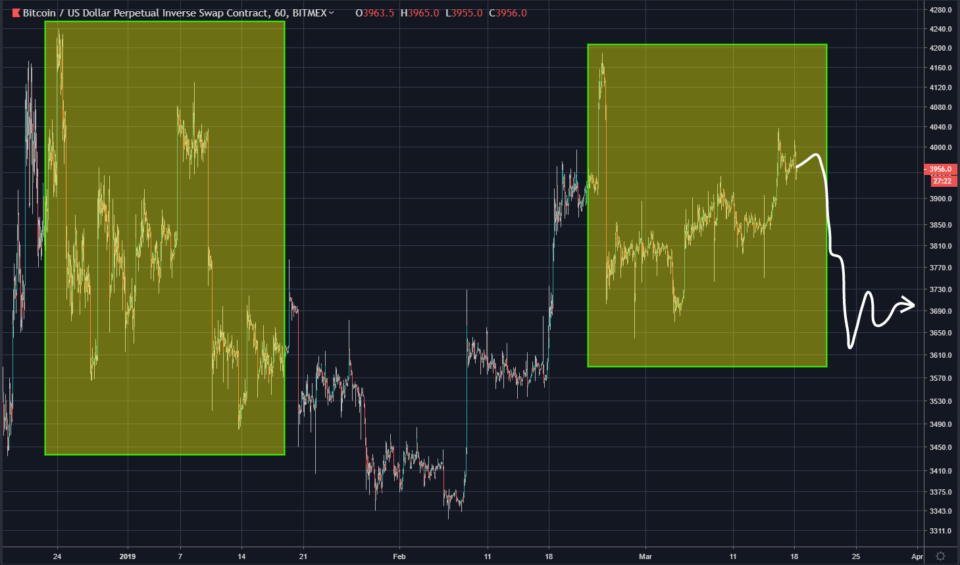 I was faced with a very difficult decision this past weekend: Buy BTC or don't buy BTC.

Last month I described a crypto buying process ( "Buy crypto now! – Like this:" ), a process which I believe best suits the current market conditions. Because it is an optimal buying-in strategy, I have been trying hard to stick to it. However, some unfortunate local circumstances have created a sudden urgency in my need to acquire more BTC. Due to my particular financial situation, these circumstances will not apply to you, but what I have learnt from this situation may well assist you with your own cryptocurrency buying decisions.

I decided not to buy

Even though my personal situation looks negative (i.e. I expect the buying power of my fiat to be reduced in the near to medium-term), I calculated (educated guesswork and TA) that waiting before buying is still a better move for me.

I have decided to wait for about another week before I am forced to buy. My reasons for this are as follows:

I had expected a drop in BTC price; a prediction which I published in this post of 13 March. That prediction was almost 180 degrees the opposite of what happened in reality.

I still believe that BTC is due for a price drop, in fact, because it rose when it "should" have dropped, I am now expecting a larger drop (we now have further to fall) than I was before.

I still believe that my basic medium-term idea of BTC being in a converging triangle until after midyear is the correct one. That idea was published on 2 March, and I see no reason to doubt it, at least not yet. ( "Bitcoin – The future becomes clearer" ). In chart form it looks something like this:

The most recent BTC price rise has pushed BTC to levels from which I am almost certain it must soon drop. I still expect BTC to follow the basic yellow arrows as shown below:

In addition to this: the latest price rise has completed enough of a formation to create what looks like a repeating pattern. Bit Brain fans will know how keen I am on pattern recognition (admittedly I prefer long-term to short-term patterns). The blocks below show the pattern (left) and the start of the repetition of the pattern (right).

Therefore: in the short-term, I am expecting BTC to do something very much like the chart below. I will be waiting to buy from about $3700 downwards. I hope to see these prices before the end of next weekend. It's not the $3600 I was aiming to start buying at, but it will have to do. I always say that it's not about catching the bottom, just getting near to it.

My certainty factor for this scenario is not higher than 50%. I have to also consider the situation that BTC may be on it's way back up to the top of the triangle. This possibility is shown on the chart below (red arrow). I have to go with the scenario which I consider to be the most probable, which is exactly what I am doing.

For my own situation I have placed extra fiat on the exchange already - money I was only due to spend in April. If BTC does drop as I hope it will, I will spend that too, though I don't suggest that most people do something like that. Instead I suggest that others rather continue to DCA in steadily as per the "Buy crypto now!" post linked to earlier.

That's the future of my BTC buying over the next two months or so, hopefully that can assist you in making your own buying decisions.

"By this means (fractional reserve banking) government may secretly and unobserved, confiscate the wealth of the people, and not one man in a million will detect the theft."

What Are The Semiconductors Really Telling Us