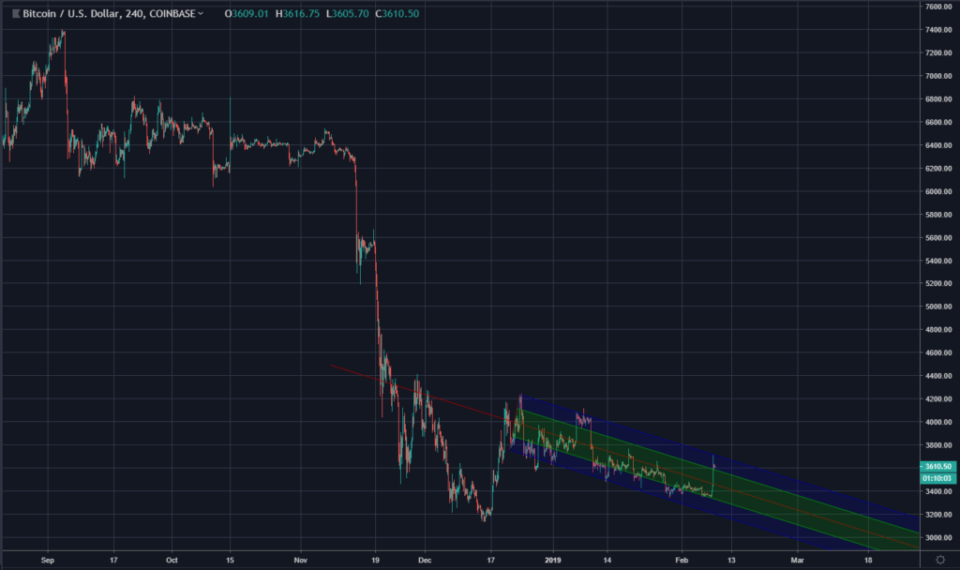 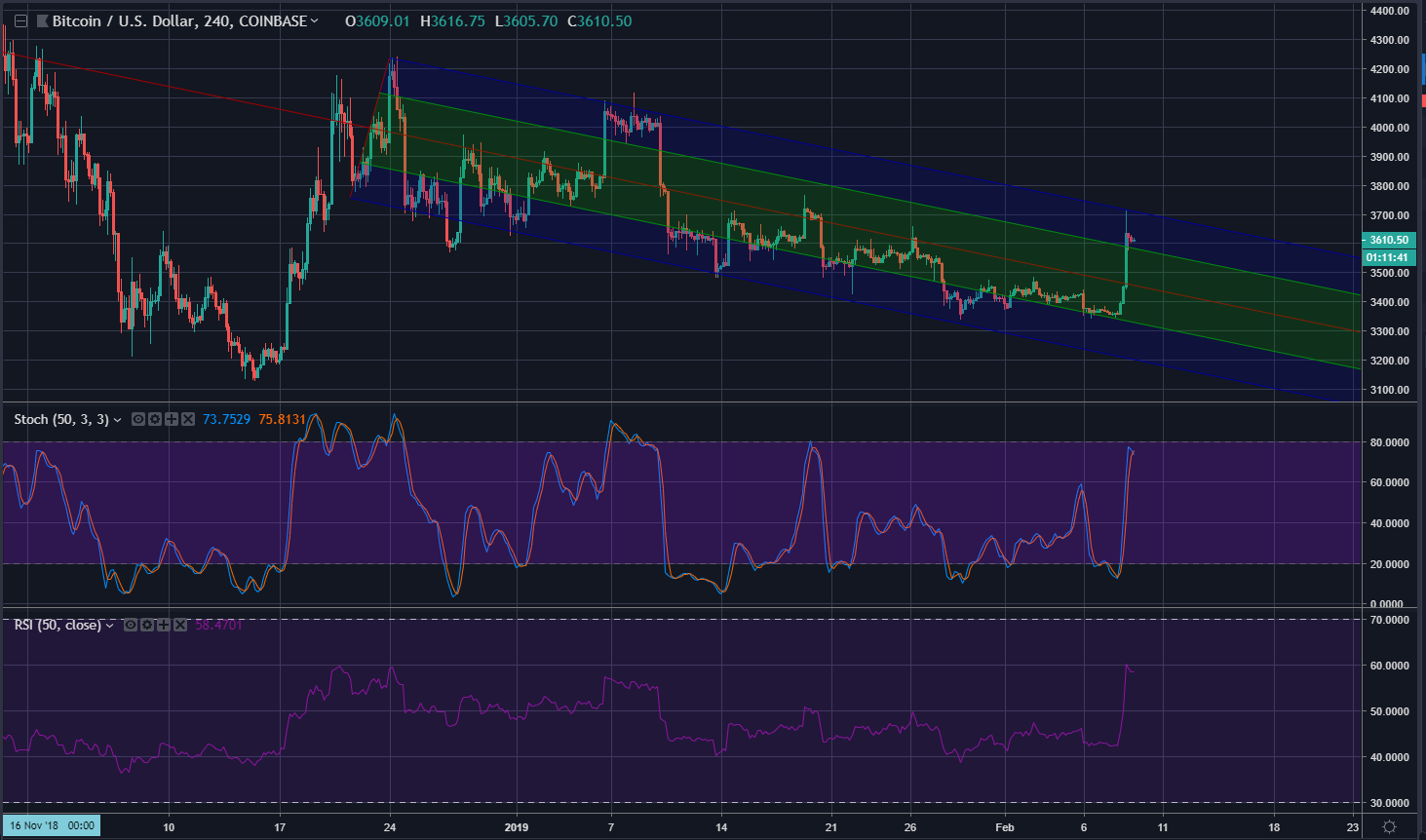 I’ve mentioned before that I and I alone am the ultimate controller of BTC price. This was once again evidenced yesterday. You see: it’s been a very long time since I’ve had any fiat available with which to buy crypto. In a way that’s a good thing, it’s kept me from buying several dips which were above the $6k level.

Yesterday that changed. I woke up to a long-awaited payment in my bank account. Like a good crypto investor, I decided to use some of it to buy the ridiculously cheap crypto available to us. I noticed that BTC had climbed a little, so I funded my exchange account and set my buy prices a few dollars below the ruling price and then staggered a long series of small BTC buys downwards for a couple of hundred dollars.

No sooner had I done that then BTC shot off like a rocket. None of my buys triggered. I chased the price of BTC upwards. I was me!

This kind of thing has now happened to me so many times that I have lost count! I should sell off my remaining BTC, you’ll see the price fly up $10k within hours!

Seriously though, it was good to see a little life in the market again, but what does it mean to us?

I keep saying that 2019 has been a tricky read from a TA perspective, though things are slowly clearing up as more data becomes available. For instance, I didn’t see anyone predicting the rapid price spike of yesterday. What I did see was the usual slew of clever-after-the-fact analysts on all the big crypto news sites – most of them pointing to the Bollinger bands squeezing BTC over the past few days. Great work guys – next time put your money where your mouth is and make that call before the event!

As for the true cause of the latest BTC price spike: as fellow Timmian @onepercentbetter wrote in his recent BTC analysis, this spike was probably caused by rumours of future ETF approval.

You know I still struggle to get my head around that! ETF approval is a near certainty, it’s just a matter of time. Yet the herd mentality need to hear that from an SEC commissioner before they will seriously entertain it. They also seem to think that the USA is the only country in the world.

Why can’t people just think for themselves?! Oh well I guess that’s what people like me are here for – to do other people’s thinking for them. Let’s get back to that.

I recently abandoned my “2019 bull flag” theory. As I stated in this post two days ago “4th of July fireworks?” :

“I’m laying my bull flag theory to rest. It was nice while it lasted, but that “flag” has now become far too long, too tapered and too low down relative to the “flagpole” which preceded it. Ergo – it isn’t a bull flag.”

However, that does NOT mean that BTC is no longer in a channel!

If you read articles like this: The Bitcoin Price is Booming, But Here’s Why You Shouldn’t Get Too Excited [Yet] then you may be inclined to agree with them and believe that Bitcoin is in a wedge – a wedge which has now broken.

I do not believe that.

For bitcoin to be in a wedge I would expect to see:

By “horizontal levels” I mean the levels which you would normally see used on charts. It is the absence of these levels which leads me to keep calling 2019 TA “tricky”. 2019 has been devoid of clear support and resistance levels. This means that it is virtually impossible to drop Fibonacci retracement tools onto the recent charts and make any predictions with them.

Hear me clearly when I say this: BTC is not using horizontal support and resistance levels at the moment; it is using diagonal ones.

Because of this, the BTC channel remains in effect. The channel is rather strong. Yesterday’s price spike has only served to strengthen the channel. Unlike the wedge theorists – whose pattern BTC broke out of yesterday – channel theorists still have their pattern firmly intact. Observe:

Above you can clearly see the channel – still operating beautifully. You can see how price has generally been running along the bottom of the “inside channel” and how the outer limits of the entire channel have been controlling the price spikes and dips.

The lastest spike has created an instant short-term “overbought” situation – from which I expect a recovery towards the norm. In other words, I expect that the next significant price movement will be a drop – much like the one in mid-January. A significant drop at this stage would probably return the price to the $3300 region (the bottom of the “inside channel”).

This channel is acting like a natural RSI/Stoch indicator. Below you can see an RSI, Stoch and the channel – notice how well they correspond. (I have used my standard 50 period settings for both indicators).

This is a longer-term view of the channel, allowing you to see how it fits into the bigger picture.

The obvious question now is: “When will the channel end?” or “How low will it go?”

I wish that I had a definitive answer, but alas, even I can’t tell the future with certainty. What I can say is this:

The links in the text above explain the reasoning behind these statements. I also have several older posts explaining why capitulation isn’t necessary or has already occurred. You’ll find them if you look through my December posts.