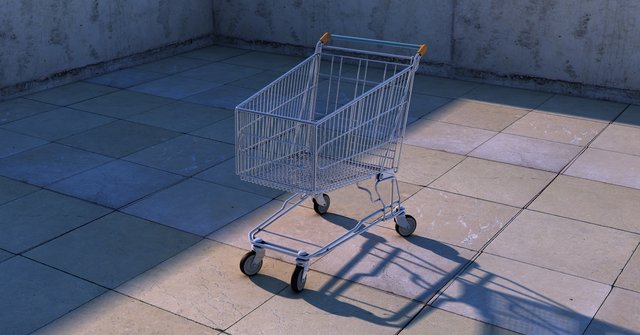 Alts are still cheap and I’m still buying! The time has come to be selective with what you buy: some altcoins have already shot up in price. Being a value investor, I try to pick the coins that represent the best deal at the time. Of course what I’m really saying is “Buy Low, Sell High”, but I’m always amazed at how difficult it seems for many people to do that, especially the “Buy Low” part! Well, I’ve done my best to buy low and I’d like to show you what I’ve considered worthy of buying this time.

This has been one of my most difficult buying adventures to date: it started last Friday but has only concluded today, five days later! I’m sorry to say that the main reason for this was Binance, an exchange which I normally swear by, but which gave me endless trouble this time!

It’s obvious that the Binance hack has caused a knee-jerk overreaction in the corridors of Binance HQ. A word of advice to Binance (if anyone from Binance ever reads this): I’ve worked for an organisation than ran in permanent “Crisis Management Mode”, I assure you that knee-jerk overreactions are not the way to go!

Long story short: I deposited newly purchased BTC on Binance last Friday with the intention of buying a few alts and sending some funds to KuCoin and Switcheo for further buying. The deposit went fine and trading worked, but Binance blocked my withdrawals, stating that I had security issues. It took me a LONG time to complete Level 2 verification (which I did not want to do!), including failing it the first time and having to install the Binance App on my phone to scan their QR code. I’m absolutely furious that Binance is demanding this amount of personal information from me! It is a blatant invasion of someone’s right to privacy to hold their funds to ransom until they supply additional credentials, especially after readily accepting a deposit from them with no questions asked! The correct term for this is “extortion” and I am very upset to see that Binance is working against the principles of crypto: anonymity and freedom to use ones money as one sees fit. Come on Binance, I still love you guys for now, but if you carry on like this it’s going to cost you the trust of the community! Let’s hope that Binance sees the error of what it has done. (Yes, I do understand they are trying to protect customer funds. No, this is not the right way to do it – this is how my bank does it!)

I also had quite a bit of trouble with Switcheo and my Ledger, they really didn’t want to play nicely together. Eventually, after much trial and error and a browser switch to Firefox, I managed to complete my trading. This was the first time that I has used Switcheo, so it’s not impossible that the problem lay with me.

With all that off my chest, let’s take a look in my Shopping Cart:

This round of buying was fiat funded. I’ve had some fiat sitting on an exchange since the second week start of the month. I wanted to fund my account a week earlier, but my bank also gave me a week’s worth of hassles! (The bank didn’t want to fund a crypto exchange – surprise, surprise!) I’m not going to tell you that story because it is absolutely painful – hours of phone calls and many emails. That fight will continue silently…

What’s in the Cart?

@pandorasbox wrote a post about BTFD earlier this month – which is exactly what I have been doing. If you don’t already know what BTFD is, then read this: “Bull market confirmed – From now on it is time to BTFD!”. Having now seen that BTC intends to lead the charge to higher prices during this (still immature) bull run, I am being careful not to over-buy altcoins and I’m keeping over half of my latest crypto purchase in BTC. One day when the alts start making big gains vs BTC, I can consider shuffling some BTC back to alts. Ultimately the speed of adoption of Bitcoin vs altcoins will dictate that decision.

The official token of Holochain makes yet another appearance on my buy lists. After my last Holo buy I said that I intended to buy more of it. This time I bought about half of the outstanding amount of HOT which I desire. Hopefully I can buy the last few HOT tokens after the next time I turn some fiat into BTC. HOT took some unexpectedly large dips lately. I set an order for a sats price of 19 – an absolute steal. HOT is trading at 23 sats at time of writing, down from a peak of 29 yesterday. It’s annoying that it was trading as low as 13 sats a week ago, had my bank and my crypto exchange not given me such a hard time, then I could have bought a lot more! I doubt that we’ll see HOT dip lower than about 15 sats within the foreseeable future.

One of my poorest performing cryptos of 2019 has been CargoX. Every time I buy more of it, I think that I must be mad. Every time before I buy I go back to doing a bit more research, and I find that the company is still doing a good job. Things have been fairly quiet lately, but CXO is starting to work. I found their burn address and one can see that their token burn amounts increase substantially every month (in accordance with the token burn procedure of their token economics model). The fact that the price has dropped a bit is not enough to account for the increase in burnt tokens, adoption is clearly well underway. So as not to look a gift-horse in the mouth, I keep buying CXO.

I don’t care about what anyone else thinks, when a company with fundamentals like that has a chart that looks like this, I buy it!

I’ve spoken frequently about how well proper exchange coins should do in this bull run, I stand by those statements. Binance has already shown what it can do, KuCoin has yet to begin. KCS gave a little jump in April, but then settled back down to recent levels.  I had KCS in my previous shopping cart, and here it is again. Remember: Binance coin is at ATH, KuCoin Shares were once worth $20, but are now trading at just over $1 apiece. Not bad for a dividend paying coin which belongs to my favourite crypto exchange… (Click a picture caption or the referral link in my signature to sign up with KuCoin if you have not already done so!)

Another coin from my previous shopping cart! On my previous shopping excursion I got my WAX tokens total to where I wanted it. Because it is still affordable and I’m so bullish on gaming coins, I have now pushed my number of WAX tokens to 10% over my benchmark figure.  If this coin reaches even half of its potential, I’ll be more than pleased with the returns that this coin should provide!

This NEO based DEX from the CoZ team should be a roaring success when it finally launches. If the reports are to be believed, it will have advanced functionality and a smooth interface, far beyond that of any existing DEX. It’s still running in its public test phase for now with a final launch date that won’t be announced until it’s almost ready. I expect Nash to be ready before the end of this quarter; call that an informed estimate. For now I’m adding to my position in it while it is still cheap. For this shopping trip I bought Nash on Switcheo using NEO which I had bought on Binance. It’s been a while since I last shifted some NEO around for trading purposes, I’d forgotten what a pleasure it is to have a crypto that can be transferred quickly and absolutely free of charge!

From a more long-term chart of Nash, go and look on CoinGecko. As I explained yesterday, I can’t post their charts here.

I strongly recommend taking the BTFD advice of pandorasbox. I also suggest some smart altcoin shopping, but retaining a decent amount of BTC for the next few months. Three of the coins purchased in this post were purchased on KuCoin. KuCOin was always my favourite exchange, until Binance got really good and drew level with it. After this last round of Nonsense, KuCoin is my number 1 all by itself again. I hope that Binance can sort itself out, CZ is a good guy and I have a lot of faith in him, but I won’t keep using Binance if it becomes like my bank!

Litecoin I want to be bullish but….