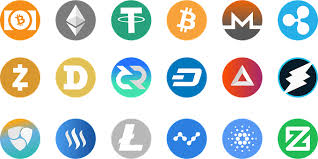 Brave is a decentralized, open source browser that puts the user first by making online privacy its first priority.  Brave also claims to be twice as fast as Chrome on desktop and eight times faster than Safari on mobile.

The man behind the Brave browser is CEO, Brendan Eich.  Brendan started his career at Netscape Communications Corporation in April 1995 with the intent to put Scheme “in the browser.” In early 1998, Brendan co-founded the Mozilla project. And his most recent initiative was creating the Basic Attention Token (BAT), a cryptocurrency designed for use in the Brave browser when users view and share in the ad revenue. In the ecosystem, advertisers will give publishers BATs based on the measured attention of users. Users will also receive some BATs for participating. They can donate them back to publishers or use them on the platform

If you don’t care for the ads, the Brave browser has an inbuilt ad and tracker blocker. The blocker inhibits trackers from learning more about a user for monetization purposes. But Brave is trying to fix the internet by improving the ad model.  In the words of founders of Brave “It is a market filled with middlemen and fraudsters, hurting users, publishers and advertisers.”  And Brave’s mission of fixing the internet ad model is gaining traction.

Brave Browser is experiencing robust user growth, gaining another 1.7 million active users over the last three weeks by carving out the privacy niche from Google Chrome.

A nice level to potentially go long on the BAT is at the daily demand at $0.14.

The EOS blockchain was developed with the aim of facilitating efficient and scalable decentralized applications (dapps). The blockchain includes an operating-system like set of services and functions that works similarly to the ethereum platform.

Despite EOS being the world’s seventh-largest blockchain by market cap, my first issues is who in the hell has a year long initial coin offering (ICO)…which raised $4.1 billion in crypto for Block.One. My initial thought was they better deliver due to all the hype.

EOS works on an ownership model whereby users own and are entitled to use resources proportional to their stake, rather than having to pay for every transaction. So, in essence, if you hold N tokens of EOS then you are entitled to N*k transactions. And herein lies the issue.

EOS network’s governance issues continue to haunt them as Weiss Ratings recently downgraded the network from B category to C-. Weiss Ratings also posted a Twitter thread explaining why they had to downgrade the project which was once hyped as “Ethereum Killer.”

Weiss Ratings in its tweet claimed that although the public sentiment was right behind the project in its hayday and the platform was known for being a fast, efficient and most important a decentralized ecosystem. However, in the past year, there has been a continuous decline in the decentralization aspect where major whales control the majority of the token flow which could be of a deep concern.

Weiss Ratings claimed that the top 100 EOS token holders who represented a meager 0.01% of the total token holders on the platform, has a whopping 68% of the voting power on the network. This means these whales can easily manipulate the network as per their will.

And now EOS block producers and developers devoted to building decentralized apps (dapps) are making little or no money from contributing to the health of the ecosystem. EOS Tribe even wrote about his experience on Steemit. They cited it’s longer possible to earn funds for maintaining the blockchain without support from major EOS whales.

Thus the chart suggest EOS is headed to the monthly demand at $1.00.

Bitcoin: The Pullback Was Bound to Happen, Duh.