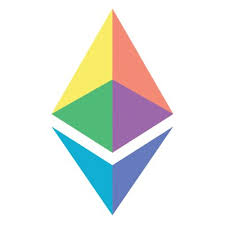 said that he expects the global economy will be 10 times larger in 10 to 20 years, when blockchain is fully ramified, and blockchain will be involved in most of it. Lubin made the statement at the SXSW conference in Austin on March 14.

During the same keynote, Lubin also pointed out that just as nowadays there aren’t many “normal” people using blockchain-based systems, “there weren’t a lot of ‘normal’ people firing email around in 1983.”

Financial institutions haven’t set up cryptocurrency bank accounts as of yet.  Custody of crypto is the bridge currently being built to transfer that $2 trillion into crypto market. There have been reports of major banks testing and in some cases rolling out crypto custody solutions. Because of the demand, custody solutions are being tested and launch as we speak.

US Securities and Exchange Commission don’t disapprove of Cryptocurrency ETF, they just want to ensure the tools in place are robust enough to prevent fraud and manipulation.

Once these two issues are resolved,

Ethereum will be one of blockchain players in the future.  They had “first to market” status, but now also recognize its limitation.  Ethereum 2.0 will address scaling issues, issues with mining and some security issues through proof-of-stake solutions, Sharding, Plasma, etc.

The Ethereum community is also discussing all-in-one solution called Serenity that will run in conjunction to the existing blockchain.

So where is price headed next…because price is still sitting in the middle of weekly and daily zones, it could 1) go down to seek out buyers at the 4 hr demand at $97 or 2) go up to the daily demand zone and pull back before going higher. My personal bias is that option 2 will pay out.

Bitcoin is in the Dumps!…