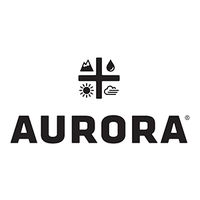 Aurora has several feathers in its proverbial cap as a cannabis investing vehicle. The company has one of the broadest international footprints, with operations in 24 countries, a top-tier production capacity that may exceed 700,000 kilograms per year at peak, 16 subsidiaries spanning the entirety of the cannabis value chain, as well as a range of strategic partnerships.

There were discussion of Coca-Cola courting Aurora Cannabis to develop weed-infused beverages back in 2018, but I courtship ended at the dinner table.

How can the largest producer of cannabis be without a partner?  Which is why Aurora Cannabis has hired relationship expert, Nelson Peltz last week.  Nelson Peltz will serve as a strategic advisor to help it explore potential partnerships.

With Peltz’s background and being incentived to find a partner for Aurora Cannabis (Aurora is granting him options to buy nearly 20 million shares at a price well below the current share price), I can guarantee you, Aurora Cannabis won’t be single for long.  And when they do get married, expect a significant pop in the stock price, including all-time new highs.

Early Investors In The Cryptos Will Be Handsomely Rewarded

Litecoin Testing Support – Is it time to buy?