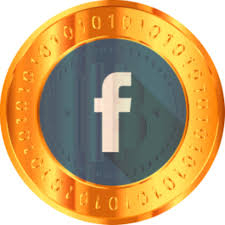 The rumors concerning Facebook’s reported development of its cryptocurrency are back, along with financial details. Per a Wall Street Journal report, the social media giant Facebook is now in talks with partners, as it seeks to seal investments for the rumored digital asset.

A report by the New York Times, which cited anonymous sources close to the company, claimed that Facebook had advanced its development plans for the “FB Coin” and was now speaking with major cryptocurrency exchange platforms about listing the stablecoin.

It’s also worth noting that the aforementioned David Marcus, Facebook’s Head of Blockchain Research, used to be a board member at crypto exchange Coinbase. While he vacated his position due to his current appointment, it wouldn’t be far-fetched to assume that he could be an instrumental player in brokering a potential listing agreement between Facebook and Coinbase for listing the “FB Coin.”

However, it is also worth noting that Facebook’s history of regulatory compliance might be a sore spot with this project and its listing.  Still, it’s expected that exchanges will see a potential “FB Coin” listing as more of an opportunity, even with the social media giant’s checkered history with regulatory compliance.

When I trade using supply and demand, I don’t worry about my zones being far from price because news events are the catalysts that bring price to my zone quicker.

Although Facebook is the “Anti-Christ,” the their coin would be great for Steem.  Steem is relatively an unknown blockchain among the masses.  Why not wait and let the Facebook coin bring the masses to Steem.  Right now the masses are ignorant, they give their content, videos, pictures away for free on Facebook, while Facebook capitalizes.  However, once the masses get a taste of what we have already and Facebook continues their shenanigans, the Masses will migrate over to Steem like there is no tomorrow.

So what can we expect in the short term for Steem, lets go to the charts? After showing some signs of lift, Steem broke the short term uptrend. Thus, a retest of the weekly demand at $0.23 is almost inevitable, unless price can close above the medium term downtrend.

The Sunday Crypto Recap – Down the Rabbit Hole 80

Litecoin is Smashing Towards $100