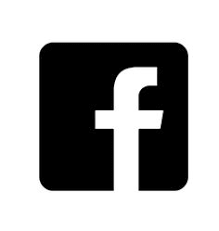 And the drama at Facebook continued on Wednesday when more than 540 million of the records, including account names, comments and likes, were publicly available on Amazon’s cloud servers after they were uploaded by two third-party apps.

Mark Zuckerberg spoke to ABC in an exclusive interview this past Saturday and said regulators should play a “more active role” in establishing rules that govern the internet.  Rightfully so, Facebook and the government are discussing a multibillion-dollar fine settlement over the company’s privacy lapses.

And as intenet privacy laws evolve in the US, Zuckerberg said Europe’s GDPR data laws could be a good framework. By the way, Facebook could be fined billions of dollars under GDPR.

NOTE: The General Data Protection Regulation 2016/679 is a regulation in EU law on data protection and privacy for all individuals within the European Union and the European Economic Area.

Facebook (FB – Get Report) has been under increased scrutiny due to privacy concerns, but analysts at Guggenheim said shareholders are becoming accustomed to data leaks and are no longer selling every time the company has a privacy hiccup.

The firm raised its rating to buy from neutral while also increasing its price target on Facebook to $200 from $175 a share.

“Investors will continue to gain comfort with the incremental financial risk created by content and privacy concerns,” analyst Michael Morris wrote. “At the same time, we believe usage trends have remained solid (domestic blue app maturity offset by Instagram and global growth) and see the potential for commerce and messaging monetization opportunities as attractively priced within shares.”

Will the Price of Steem Gear Up?