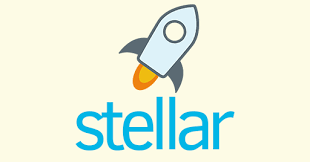 The Stellar is the latest cryptocurrency to be listed on Coinbase’s pro.  The other recent addition was Ripple several weeks ago.

The price of Stella has increased 30% in recent days with the Coinbase Pro’s announcement adding an additional pop in price.

Stellar was started by Ripple co-founder Jed McCaleb.  Jed left Ripple holding 9 billion XRP, sold his holdings and donated some to charity. Prior to co-founding Stellar, Jeb is known for creating the bitcoin exchange Mt. Gox and the peer-to-peer eDonkey and Overnet networks.

NOTE: for these reasons, personally I like Stellar over Ripple.

So is there more room for Stellar to rise in the short term, lets go to the charts to find out.

The suggest to go long Stellar on a pull back to the daily demand at $0.08 with a target at the daily supply at $0.20.

You have to ask the question, Did $BA just blow off?

Is That Massive Potential ROI I See Before Me?

Is Bitcoin Setting a Bull Trap or About to Push Higher?