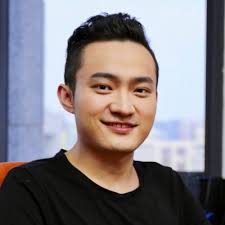 Justin Sun, is a tech entrepreneur, the founder of the cryptocurrency platform TRON and current CEO of BitTorrent. Justin is former chief representative of the Greater China area of Ripple and Jack Ma (founder of Alibaba) protégé

Over the course of this week, a lot of news came out in regards to the CEO of TRON, Justin Sun after he cancelled the highly anticipated charity lunch between him and the American investor guru, Warren Buffett. Some of this news is still in rumour form so to speak but it has caused quite a stir amongst enthusiasts.

Earlier in the week, these rumours got so bad and inflated that the price of TRX was affected, and not in a good way.

Reports from Chinese media outlets suggested that Sun was charged by the nation’s authorities on internet safety for his supposed connection to money laundering, illegal fundraising, gambling and even spreading pornography.

And so with this, according to the Twitter user, cnLedger, Sun is banned from leaving the country.

Justin has the brand name like Charlie Lee of Litecoin and the vision and the mouth of Elon Musk, meaning you have to take the good with the bad.

The price of Tron is at a major confluence line at $0.02.  Short term, price can go either way.  Long term, I like Tron.

BITCOIN: Support at 9400 USD is holding…