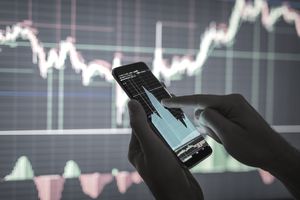 BEFORE RESUMING THE SECULAR UPTREND THAT HAS BEGAN.

I have been saying that the multi generational bottom in rates are in since mid 2016. We have had 3 massive inflation waves causing yields to rip to new highs since that time. On the last run up I said that we are about to have a major growth slowing affect on rates and would fall below 2.70 (Mind you this was at 3.10). This massive rug pull in the bond market since Q4 of last year is headed lower to make another low.

I am looking for this to make another low in the near future and when everyone will get bullish bonds again. You can’t make it up, the majority are wrong the majority of the time. A break a 2.50 seems in the cards before we then RESUME the secular uptrend in rising rates and inflation. Commodities are signaling this now and actually rise in a long term rising rate environment. The FED can try and control it, however considering they are behind the curve 90% of the time, they will be reacting to past data in the present day as usual and will be wrong again.

I am looking for something like this. What are your thoughts???

Just Climbing the Wall of Worry and Picking the Right Time to Get out of the Way. I am a Nuclear Engineer who quit and has studied global and crypto markets for almost a decade.