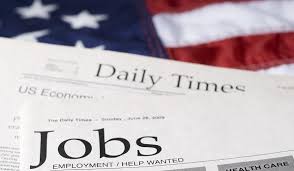 The infamous US March jobs report is scheduled for Friday at 8:30 am eastern time.   According to a MarketWatch article, they are expecting the GBPUSD and AUDSUD to react the most based on an unexpected numbers.

“In the event the jobs and crucially wages data beat expectations, then we would favor looking for short-term bullish setups on the dollar against the likes of the British pound given the ongoing Brexit uncertainty in the U.K.,” wrote Matt Weller, currency analyst at Forex.com.

Any upside in the greenback could be a double-whammy for sterling bears. Despite putting together three winning sessions to begin the week, the pound sits on a knife-edge as the struggle by U.K. politicians to agree on the potential terms of the country’s divorce from the European Union continue.

Lets go to the charts to look at a potential set-up.

Weekly Chart (Trend Timeframe) – the trend is sideways, with price having left the weekly supply at 1.3400 several weeks ago.

Daily Chart (Entry) – the momentum is up, however, saying with the narrative of the article, if the job report is strong, the US dollar should go up put downward pressure on the GBP/USD.  However, there a nice bear trap sitting at the daily demand at 1.2915, which is a little over 150 pips below the current price.

I say it’s a bear trap because the support and resistance traders might sell short if price gets below 1.2970, only for the buyers to step in and buy at the daily demand.

Ethereum Price: Predictable and Under Performing