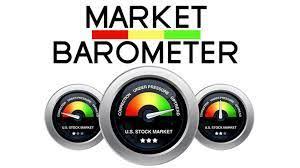 Main Street is paying attention to Wall Street — and that might not be a good sign for the economy.

There might be a small bit of comfort in that search volumes are still 14% below the 12-month high seen during the last week of December, when markets suffered a sharp rout. Attention turned away from the market in January as the market recovered, Colas noted.

The main take-away from the current search interest, he said, is that even if average Americans don’t own equities, they know that volatile stock markets signal the potential for job losses and even recession.

I used some great barometers of the Stock Market for direction…Commitment of Traders (Smart Money), Wynn Resorts and Carnival (discretionary spending), Caterpillar (industrial pulse) among a few others. But I never thought about using Google for popular Wall Street search terms. But the article makes a lot of sense and here is why.

Have you ever heard of the fight and flight response?

This response is the body’s way of perceiving threat or danger. This response is characterized by increases of adrenalin and cortisol, the heart rate increasing increase in blood flow to the our muscles, all of which give the body a burst of energy and strength to get away from that danger.

When everything is great, people go about their business…sometime oblivious. Now that the media is talking about invert yield curves, potential recession looming in the background, these are also threats to one’s livelihood, so more people are interesting in what’s going on in the Stock Market.

To prove out this theory, I did my own google search on dow jones and found two spikes one when the dow jones dropped more than 10% because of talks about increasing interest rates and one when Powell said he will continue to increase rates, both instances spooked Wall Street and Main Street at the same time.

However, here’s one piece of info that they won’t find, that based on negative divergence, the DOW is losing momentum and that the chart suggests, if price closes below 25000 on the month chart, price gravitate to the December lows.

About the author: Rolland Thomas
I'm a retail investor like most of you and learning everyday, but I have been educated and trained to identified the Smart Money on the charts to pick up whatever crumbs they leave behind.
previous post

Bitcoin: Prepare For a Large Move