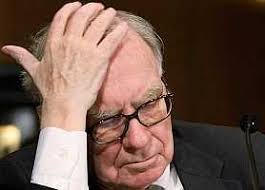 Under CEO Warren Buffett, Berkshire Hathaway Inc. (BRK.A) has been betting heavily on financial stocks, which now represent about 20% of its roughly $481 billion market capitalization as of Aug. 14, 2019, up from about 12% at the end of 2010, The Wall Street Journal reports. Given that banks are widely viewed as a proxy for the U.S. economy as a whole, this indicates to some observers that Buffett is rather more optimistic about growth potential in the U.S. than other analysts who anticipate either a slowdown or a recessionary contraction.

Flattening or an inverted yield curve hurts the banks’ profitability profits because as short-term rates raise and long-term rates decline, it causes a bank’s net interest margin figure and eat into bank profits. To put this another way, banks make money by borrowing cash at short-term rates and then lending them out at long-term rates, but a flattening or inverted yield curve forces banks to spend more money funding the loans, resulting in less money being made.

Buffett is one of the greatest investors in the history of Wall Street, so who I’m I to question his investment decision.  However, I think he is about to lose a boat load of money in the next couple of years.

Ever since XLF it the monthly supply at $30.50 back in January 2018, price has lost its mojo. Not only that, but price formed a multi-year, more like a decade double top, one serious reversal pattern. Thus, the chart suggests price is heading to the monthly demand at $19.50. And if Buffett doesn’t adjust his portfolio, well that $73 billion net worth might tickle down to about $63 billion.

Bitcoin: The Battle Rages On

Buffett Is About To Lose A Boat Load Of Money

The Renaissance ETF, IPO Will Be A Winner In 2019

The show starts in approx. 1 hour! 🎥 Dubbed as 'The Greatest @EverythingEOSio Episode', this has got the whole #EOS community excited! You probably don't want to miss this one. 😀 #blockchain https://m.youtube.com/watch?feature=youtu.be&v=xSQGmb4tC9U