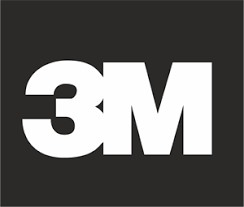 3M reported earnings yesterday and the results were bad.  3M earned $1.51 per share, in the first quarter vs. expectations of $2.50 per share. Revenue was $7.86 billion in the period, down 5% year over year and also falling short of Street forecasts of $8.09 billion.

3M also said it was laying off cutting 2,000 jobs and slashed their full year forecast.  These results were enough for the stock price to have its biggest one-day decline in over 30 years.

“We continued to face slowing conditions in key end markets which impacted both organic growth and margins, and our operational execution also fell short of the expectations we have for ourselves,” Chief Executive Mike Roman said,

Management admitted that what made first-quarter results even uglier was that the organization failed to react fast enough to the weakness, particularly in its industrial businesses in Asia and the U.S.

Analyst Jim Corridore at CFRA reiterated his hold rating on 3M while cutting his stock price target to $205 from $215, saying the quarter was “bad across all fronts.”

And kudos to J.P. Morgan analyst Stephen Tusa, who got even more bearish last month by reiterated his underweight rating and cutting his price target to $154 from $158, citing an “increasingly apparent trade-off” between sales and margins.

So where does the stock price go from here, lets go to the charts?

Monthly Chart (Curve Timeframe) – monthly supply is at $243 and monthly demand is at $176.

Daily Chart (Entry) – the chart suggests to go long, if and when price falls to the daily demand at $173

Three Ways to Buy a House With Poor Credit