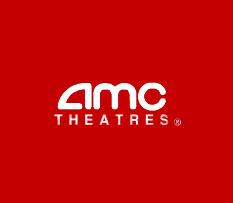 AMC Entertainment Holdings, Inc., through its subsidiaries, operates in the theatrical exhibition business. The company owns, operates, or has interests in theatres. As of December 31, 2017, it owned, operated, or had interests in 649 theatres with a total of 8,224 screens in the United States; and 365 theatres and 2,945 screens internationally.

AMC Entertainment (NYSE:AMC) reported its latest quarterly earnings results last Thursday, that topped Wall Street estimates.  In particular, the company posted a yearly revenue of $5.46 billion, a 7.5% gain over the $5.08 billion from the year-ago quarter. And for its fourth quarter of 2018, the company brought in net income of $170.6 million following a loss in the year-ago quarter.

“The tremendous momentum of the industry box office, which was the fifth record-setting year in the last seven years, combined with AMC’s transformative growth initiatives and the popularity of the new AMC Stubs A-List subscription program, drove full year global attendance to an all-time high of 359 million guests, up 6.1% in the U.S. markets, resulting in strong financial performance across the board.”

However, I’m not sold on AMC because of the 800 lbs gorilla in the room.

And all the other streaming services that are at your disposable from the comfort of your couch.

Thus, the chart suggests price has room to move up to the daily supply at $23.

You have to ask the question, Did $BA just blow off?

$CSCO is a buy on the pullback