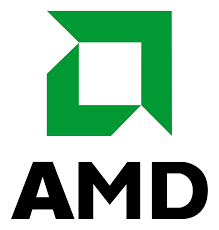 The semiconductor stocks when from being dogs when in late 2018 by shrinking demand by the smartphone makers to data center owners and the U.S.-China trade war to being darlings of 2019 so far.  And the sector could just be getting started.

The Digitimes website said Taiwan Semiconductor Manufacturing Company, one of the world’s biggest chipmakers, will ramp up its 7 nanometer production rates thanks to renewed strength in orders for Android devices. The accelerated pace could see TSMC running at full capacity by the third quarter, the Digitimes reported, suggesting industry forecasts of a second half turnaround in global chip demand could prove accurate.

The news was also accompanied by Nomura Instinet upgrading AMD with a “buy” rating and a $33 a share price target. AMD is already up 51% this year along, but Normura Instinet, thinks AMD can rise another 19% based on strong revenue expansion and improving profitability.

I remember writing about AMD some months ago and I remember that $33 level being a monthly supply zone which eventually push price to the sub $20 level.  I remember this because I was wrong on the call and thought price was going higher.  OK that post I was recalling was from six months ago.

How China’s smart-city tech focuses on its own citizens

Stitch Fix Will Be A Player In The Future