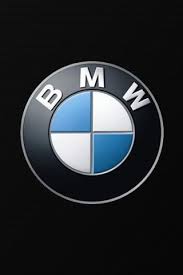 Carmageddon Is Back On

You see, auto-loan delinquencies are at all-time highs again. But there are two distinct root causes that I can point to regarding Carmageddon:

2)    Carmakers that used zero-percent financing offers to juice sales at the height of the American auto boom are starting have nearly eliminated this store buster tactic because rising interest rates as well…their own borrowing costs.

3) Carshare / rideshare services like Lyft and Uber make it easier for the Millenials and next generations to use a car only when you need one, without the hassle of a car note.

Little did I know my scope was a bit narrow because we live and work in a global economy.  BMW posted earnings yesterday and reported unfavorable results.  BMW posted full-year pre-tax earnings of 9.12 billions in euros, down 7.9% from 2017 and profitability is expected to decline by 10% this year.

You see, BWM isn’t being affected by bad auto loans, but there are other forces hurting the car manufacturer.

BMW is particularly hard-hit by trade concerns, with earnings suffering from extra tariffs on vehicles made in Spartanburg, South Carolina, and shipped to China. Concerns over Brexit continue to weigh, and BMW has said it could move production of the Mini city car in Oxford to elsewhere in Europe should the U.K. leave the European Union without a deal. In addition, U.S. President Donald Trump has threatened to slap levies on European-made cars exported to the U.S.

Surprising, BWM didn’t talk about the German economy in their announcement because industrial output and PMI in Germany fell in December marking the fourth consecutive month and PMI which pretty much signals an inevitable recession.

So how low can BWM go in the near term, lets go to the charts to find out?

The chart suggests there is more downside risks and the next level price will stop and bounce is the weekly demand at $60.