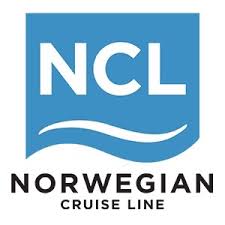 After a strong start to 2019 for U.S. stocks, some investors and market strategists anticipate further gains ahead. Meanwhile, Goldman Sachs has compiled a list of 40 stocks that their analysts believe are likely to post 12-month gains of 49% or more, far beyond what even the most bullish prognosticator expects for the S&P 500 Index (SPX) as a whole. Among these stocks are Citigroup Inc. (C), Northrop Grumman Corp.(NOC), NetApp Inc. (NTAP), Ford Motor Co. (F), Norwegian Cruise Line Holdings Ltd. (NCLH), Anadarko Petroleum Corp. (APC), Northern Trust Corp. (NTRS), and Twitter Inc. (TWTR).

With Carnival Corp, is one of the largest cruise liners out there in terms of fleet size and revenue and serves as as a leading indicator for the industry. Several weeks ago Carnival reported first-quarter numbers and revised 2019 guidance downward. On the news, Carnival dropped almost 10%.

Frank Del Rio, president and CEO of Norwegian Cruise Line Holdings Inc. was on Jim Cramer’s Mad Money a couple of weeks ago. Del Rio said everyone thought a recession was coming at the end of 2018.

NOTE: at this very moment, there are no signs of a recession in the coming months.

Del Rio later went on to say, Wall Street thought the their gross margins would be hit because they wouldn’t be able to fill up their ship capacity. But to this point, the ships remain full and that they are adding 11 more ships to their fleet over the coming next few years. And Norwegian is racking in the dough, with cash flow doubling in the last four years.

However, if Goldman Sachs is going to be right, a 50% increase would means all-time new highs for Norwegian.

Norwegian has to be a client of Goldman Sachs and pay them to say this. However, these are just my thoughts, do you agree with Goldman Sachs target.


This post is my personal opinion. I’m not a financial advisor, this isn’t financial advise. Do your own research before making investment decisions.

How Brexit Will Affect The FTSE 100

The Rise and Fall Of Weight Watchers