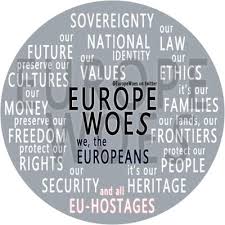 All global indices have bounced from the lows of late December due to prices being oversold.  However, the fundamental haven’t changed…economies around the world are decelerating.

“The German manufacturing sector is flirting with recession and the Italian economy is in outright contraction. The ECB is unlikely to shift policy substantively in the near-term, leaving the economy fragile and exposed.”

Deutsche Bank expects GDP growth of just 0.9% in 2019. As a result of this fragility, Deutsche Bank fears that a shock such as an escalation of the trade war between the US and China or a disorderly no-deal Brexit could tip Europe into recession.

Just last week, This past Thursday, the European Central Bank (ECB) announced the issuance of a new round of long-term loans to eurozone banks.  The ECB also said they won’t increase interest rates until early 2020.

During the announcement Draghi aka Super Mario tried to sugarcoat things, but there’s no denying Europe is in trouble. Several months ago the ECB put a hold economic stimulus programs. But last week, they reversed course, signaling the rising threat of a recession. Thus, I think the bounce in the German Dax is presenting investors/traders and nice short setup.

There is some demand (white rectangle) below, but if the US equity market sell off, this level won’t hold.

I’m Calling The Top In The DAX

Majority of healthcare organizations are testing out AI

UPS Was Downgraded Because…