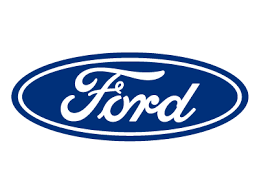 Ford announced first quarter earning in which net income declined, to $1.1 billion from $1.7 billion. Earnings per share were $0.29 cents per share, down from $0.44, but better than expected. Also, revenue fell to $40.3 billion from $41.9 billion a year earlier, but higher than expected. Beating the expectations were enough to send the stock 10% higher on Friday, it’s best one day performance since 2009.

“The strong financial performance of F-Series was matched by robust performance in the marketplace,” he added. “In the quarter and in the face of new competitive entries, F-Series customer sales and average transaction prices held strong from a year earlier while share of segment increased.”

If you know about pickup trucks, then you know they are very profitable.  Ford can thank the F-series for any type of success Ford had this past quarter.

But the question moving forward is what happens if gas prices continue to go higher?

Another question is what happens when consumers realize they are head high in debt and/or the banks have locked their vaults and loans are harder to come by?

The chart suggests the rally will be short lived.

Look for price to pull back before price hits $12.

TSLA is a STAY AWAY unless 260 is taken back

UPS Was Downgraded Because…

Will The Good Times Keep Rolling For JPMorgan Chase???

@peepso_user_18(Bit Brain)
Some interesting questions you pose rolland, I suppose we will have to wait and see. This should affect the entire market with Ford acting only as a microcosm of the whole.
2 years ago 2 years ago