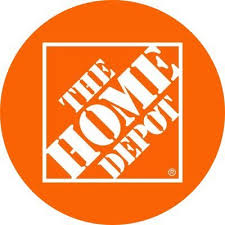 It’s no secret I have been bearish on the Housing Market for many months.  I specifically wrote a post about Home Depot four months ago,

Finally Added Home Depot and Lowe’s To My Short List

Credit Suisse downgraded the Home Depot and Lowe’s yesterday citing slowing earnings growth due to higher interest rates weighing on home affordability.  I have been talking about the housing market turning sour for months and was just waiting to add the home improvement retailers to my short list.

Even shorted the housing ETF, XHB a while back,

but when Fed Powell said he was putting interest rates on hold, I had to take my position off on XHB and had to put my bearish housing market thesis on hold.

That same day, a report about housing starts came out and fell 11% to an annual rate of 1.08 million, a two-year low. It was the lowest level since September 2016.

So is it time to put back on my bearish housing market thesis?  I would say not yet based on the chart of Home Depot. On the weekly chart, price is just

Meaning price is stuck between the weekly demand and supply zones.

However, once the weekly demand zone is breached, I will definitely consider putting my bearish housing market thesis back on.

China and the Electrical Vehicle Market !