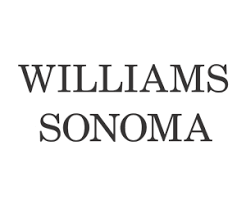 But, Goldman Sachs thinks things are about to get a whole lot better for a whole lot of retail stocks.

One of their picks that I disagree with is Williams-Sonoma, based on the where the housing market is headed. Recently, sales of new and existing homes dropped below 6 million for the first in two years.  And despite rates going down, mortgage applications are flat.  However, Goldman Sachs believes the following:

Tariff concerns have been a huge headache for Williams-Sonoma (NYSE:WSM), but Goldman thinks that the kitchenware and home furnishings retailer is ready to bounce back. Trade tensions are cooling, and with a truce on new tariffs between the two countries, it seems the worst of the trade war damage has already been inflicted. Going forward, the numbers here should get better, especially as buying conditions in the U.S. improve, too. This improvement should drive a nice rebound in WSM stock.

I personally think Williams-Sonoma is setting up for a great short. However, this is the type of catalyst that will get price there sooner than later. Thus, the chart suggest to short price at the weekly demand at

The Backlash to Plastic Has Oil Companies Worried