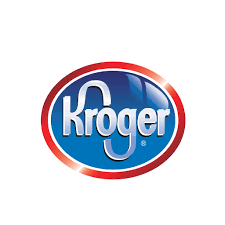 Kroger is one of the largest supermarkets in the country, but now it’s in the process of being Amazoned.

Kroger has expanded its organic and natural food selections to better compete Whole Foods Market.  And to their credit are investing in online grocery orders and grocery deliveries.  In May of 2018, Kroger bought a 5% stake in British online retailer Ocado in exchange for an exclusive deal for its grocery service, which led a 58% increase in digital sales for the fourth quarter.  It’s all part of Kroger’s plan to compete.

Restock Kroger initiative is a three year initiative to increase digital sales, equip stores with pickup and delivery.  Kroger, which also operates Ralphs and Harris Teeter said on the earnings call that is now offers grocery delivery at more than 2,000 stores and grocery pickup at 1,600 locations. But Wall Street is an impatient group.

Shares of Kroger collapsed after the company’s earnings showed these investments are eating into their profits.

And now it’s not just in the digital world that Kroger must compete against Amazon.  The Wall Street Journal reported last week that Amazon is planning to open dozens of grocery stores in several U.S. cities.

Kroger is in the process of getting Amazoned…oh, I already said that, but need to emphasize this point before going to the monthly chart.

The chart suggest price is heading to the monthly demand at $16.50.

Half of UK retail sales will be online within 10 years, report predicts