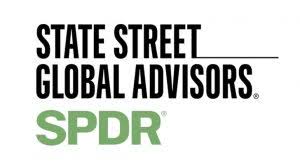 The XRT, which tracks the biggest names in retail, is coming off its worst month in more than a decade after falling roughly 13% in May.

But the sector showed some signs of life on Tuesday, gaining almost 3% and posting its best day in about five months. While some investors may see this as a sign that it’s safe to start shopping again in this space, Miller Tabak’s Matt Maley says not so fast.

“Consumer confidence is holding up so far but if the stock market continues to roll over, which I think there’s a good chance it will eventually even though it’s seeing a little bit of a short-term bounce right now, I think that that will take it [consumer confidence] lower and that will cause problems for a lot of these retail stocks,” he said Tuesday on CNBC’s “Trading Nation.”

Miller might be onto something…lets go to the weekly chart for clues.

Head and Shoulder – market trend is in the process of reversing, in this case bearish trend.

The Equity Markets and the Consumer have been resilient, however the dam is starting to show cracks. How much longer will the dam hold…time will tell?

Investing Principles I Regularly Remind Myself Of