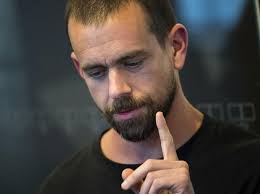 Bitcoin fan and Twitter CEO Jack Dorsey said today at a Twitter media event in New York City. He said “hell no” when asked if he would join the Libra Association.

He then went on to explain that the Facebook-created stablecoin didn’t need to be a cryptocurrency to pull off its broader goals of democratizing the financial system.

“I don’t know if it’s a gimmick,” said Dorsey “but a cryptocurrency wasn’t necessary to make that work”

“It’s not an internet open standard that was born on the internet,”

“It was born out of a company’s intention, and it’s not consistent with what I personally believe and what I want our company to stand for.”

I have come to like Square over the last two years, not because I’m a customer, but because I see them as a Disruptor.  I’m bias to Square because of their first to market initiatives into Cryptocurrencies.  Back in April of 2018, Square allowed customers buy and sell bitcoins via its Cash App in all 50 U.S. states.

Then in March Square announced Square Crypto.  Square Crypto’s goal is to help improve the Bitcoin ecosystem.  Team members include: Valentine Wallace joins from Lightning Labs, Jeffrey Czyz from Google, and Arik Sozman from Facebook, where he was building the Calibra wallet for Facebook’s blockchain project, Libra and Matt Corallo, co-founder of Blockstream.

But is not just the crypto space that Square is focused on.  Over the next few weeks, Square will start allowing customers to buy and sells stocks for free on its cash payments app.  And yesterday Square announced the rollout of fractional stock trading services on its Cash App.  As an example, this means you can buy just a fraction of one Amazon stock vs. dishing out over $1700 / share.

So where is the price of Square heading next, the last several weeks, price has been sideways, but if price gets down to the weekly demand at $46, the chart suggests to buy and go long.

The Sunday Crypto Recap – Down the Rabbit Hole 52

Cryptocurrencies – Recent Highlights and the Road Ahead

Only One Reason Campbell’s Soup Stock Price Is Rising