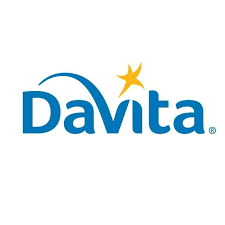 CNBC is hosting their Annual Delivering Alpha Conference this week in New York City.  CNBC’s Delivering Alpha Investor Summit brings together some of the world’s most influential money managers and political figures.

Jim Chanos is an American investment manager and currently serves as president and founder of Kynikos Associates, a New York City registered investment advisor who is focused on short selling.He began his career in the 1980s as a short seller. After working as an analyst in several firms, he founded Kynikos (Greek for “cynic”) in 1985 with $16 million, as a firm specializing in short selling. A critical position taken at Kynikos was his shorting of Enron.

“Most dialysis patients are old and less affluent and qualify for Medicare and Medicaid in the vast majority of cases,” Chanos said. “What DaVita is trying do is push those patients into, ironically, more expensive insurance contracts through the Obamacare exchanges.”

“They then turn around and charge the commercial payer three to four times what they get from Medicare and Medicaid,” Chanos said, referring to the lawsuit.

He added that while the American Kidney Foundation can agree to pay some of the higher commercial costs, DaVita is one of the two largest donors to the foundation. “So, they are donating to the charity; the charity is then paying the premium into the Obamacare exchange; then they’re charging the insurers 3x-to-4x.”

Jim went on to say DaVita’s earnings per share have not grown over the past 10 years. But does the stock price share Jim’s thoughts on the company, lets go to the charts to find out?

On the monthly chart, price is making lower highs and lower lows.

On the weekly chart, price appears to be forming a base.

Based on the daily chart, DaVita is neither a short or a long as price is between a daily demand and supply zone.

Currency Analysis Report – 9/20/19…Indonesia Is Mimicking The US

What Stock Sectors are the Smart (Big) Money Investing In?

How Brexit Will Affect The FTSE 100