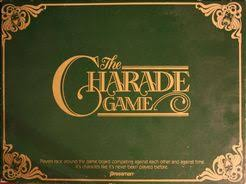 Three days ago, I introduced a new game called, US Stock Market Charades. In this game, there are no non-verbal (no talking) motion clues, just charts and I put a bunch of charts in order to give you clues so you could guess what direction the US Stock Market Equities were heading next.

Alright, are you ready for some additional clues?

The ISM index is a good leading indicator of the economy and is useful in gauging turning points in the business cycle because the difference between new orders and inventories equates to future production or lack of future production.

The ISM is released monthly by the Institute for Supply Management, but based on surveys of 300 purchasing managers throughout the United States in 20 industries in the manufacturing area.

On Monday the numbers for September were released and came in at 47.8%, the lowest since June of 2009.  50% is the line in the sand, so any above 50% means expansion and anything below 50% means contraction.

The ISM Non-Manufacturing Index is an index created by the Institute for Supply Management Non-Manufacturing, using information collected from surveys from over 400 non-manufacturing companies.  Essentially, it’s an index measuring the service sector.  The numbers for September were released on Weds.

Service-oriented companies that employ the vast majority of Americans registered the weakest growth in September in three years, adding to a cacaphony of reports showing a broad slowdown in the U.S. economy.

The Institute for Supply Management’s said its non-manufacturing index fell to 52.6% last month from 56.4% in August. Economists polled by Marketwatch had forecast a 55.3% reading.

Numbers over 50% indicates businesses are growing, but the index has fallen 8 points below its post 2008 recession peak of 60.8% achieved last fall.

OK, you have 60 seconds to earn one point, where is the US Equity Markets headed???

The Apple Price Level To Really Pay Attention To