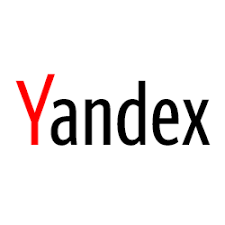 Uber has not given any timeline for turning a profit, but is counting on self-driving vehicles to eliminate cost. Lyft Inc. could turn a profit as early as 2022, but that remains to be seen.

I heard of Yandex years ago, as the Google of Russia.  Just like Google it has branched out into other businesses, such as Yandex Taxi.  I read an article by Motley Fools titled, Forget Uber and Lyft — Yandex Is a Better Ridesharing Play.

Lyft and Uber reported operating losses of $978 million and $3.03 billion, respectively, last year — and both companies warned that they might never generate a profit.

Yandex.Taxi was founded in 2011, and operates in Russia, the CIS, the EU, Central Europe, Africa, and the Middle East.   The company has also been testing out driverless cars in Russia, Israel, and the United States.

Yandex.Taxi was unprofitable during the past few years. However, its adjusted EBITDA margin came in at just -1.5% during the first quarter, compared with -54.9% a year earlier. During the conference call, CFO and COO Greg Abovsky declared that the business will be profitable throughout 2019.

So where is Yandex price heading next, lets go to the charts?

Monthly Chart (Curve Timeframe) – monthly supply is at $43 and monthly demand is at $22.

Daily Chart (Entry) – the chart suggests price will move higher to the daily supply at $42.

Dr. Copper Suggests The Equity Markets Are On Thin Ice

Wayfair…Way Up On Earning Announcement