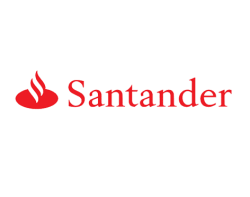 Santander Consumer (SC) reported earnings this past week and their quarterly earnings of $0.67 per share beat Wall Street estimates of $0.66 per share. This compares to earnings of $0.64 per share a year ago.  Over the last four quarters, the company has surpassed consensus EPS estimates three times.  But don’t let the numbers fool you.

Santander Consumer is one of the largest subprime auto lenders in the market. Delinquencies for auto loans in general, including both prime and subprime, have reached their highest levels this year since 2011.

Prior to the Great Recession, banks were approving just about any applicant regardless of their income or ability to pay the mortgage.  The banks didn’t care as they just packaged the loans as CDOs and sold them to Wall Street.  All kinds of debt were repackaged and resold as collateralized debt obligations. As housing prices declined, many homeowners found they could no longer pay their mortgage resulting in mass defaults.

Are you thinking what I’m thinking…the stock is setting up for a short. Based on the monthly chart, the chart is suggesting two targets.

With the first testing being the level at $23.

Tesla Is Losing Its Rockstar Status