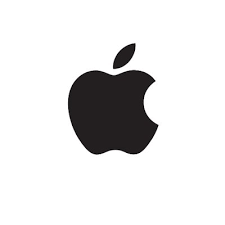 Apple is valued at $1 trillion once again after the company’s better-than-expected earnings report that exceeeded Wall Street’s expectations on both the top and bottom lines on Tuesday.

It was only four months ago, Apple suffered its biggest single-day loss in 6 years after cutting revenue guidance.  It seems like the beginning of the end for Apple in late 2018 when Apple announced its fourth quarter earnings report, in which Apple announced it would stop reporting individual unit sales and revenue figures for the iPhone.

Then two month ago, BAML analyst Wamsi Mohan, who had cut his firm’s rating on Apple to neutral in early November, returned his assessment to “buy” with a price target of $210 per share, a 16.6% increase from the bank’s previous level. Monhan said that a “large reversal of inventory overhang” for Apple iPhones, as well as stability in the group’s global supply chain and “modest” acceleration in services revenue growth has improved the group’s valuation.

Apple reported their earnings Tuesday after the closing bell.  Apple earned $2.46 a share on sales of $58 billion in the March quarter. Analysts forecast earnings per share of $2.37 on sales of $57.55 billion, so they beat expectation, but on a year-over-year basis, Apple earnings fell 10% while sales dropped 5%. And the stock jumped on the news and breaking through the daily demand at $205.

I just don’t get it.  Yes, Apple’s revenue from its Services segment rose 16.2% year over year to $11.5 billion compared to $9.9 billion in the second quarter of fiscal 2018.  But it was the company’s second straight quarter of declining revenue and its first earnings drop in 10 quarters.  This is why I don’t pay attention to the fundamentals too much and just look at the charts to tell me where price is heading next.

Because the sentiment is on Apple’s side, look for price to continue higher to the Monthly Supply at $230.

What Would Make You Go Electric?