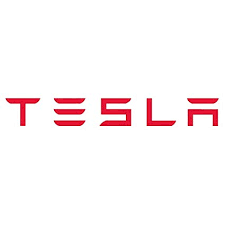 However, the Smart Money is starting to leave the concert because the music is no longer music to their ears.

Hedge funds like Millennium Management LLC and DE Shaw & Co. trimmed their exposure to Tesla Inc. just before the company’s latest drop during the second quarter wiped out roughly $16 billion in market value.

The pair of funds sold close to 850,000 shares in the first three months of the year, according to quarterly filings for the period ended March 31 — ahead of the latest round of bearish criticism from Wall Street analysts. Millennium and DE Shaw held onto some of their positions, while funds like Water Street Capital Inc. and Light Street Capital Management LLC threw in the towel just in the nick of time.

In April, price not only breached through a major monthly band, but also breached the monthly uptrend as well.

In addition, price is on the verge of closing below the key psychologically level at $200 on the monthly chart.

With sentiment in the dumpster, the stock in bear market territory, their fan base leaving the concert, the chart suggest price is heading down to at least the $180 level.